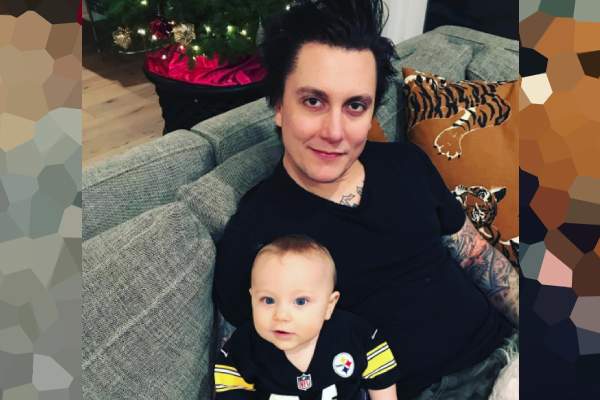 Best known for being the lead guitarist of the American heavy metal band Avenged Sevenfold, Synyster Gates is a renowned musician. Born Brian Elwin Haner Jr., he is also a backing vocalist of the band. He ranks ninth on Guitar World’s best metal guitarists of all time.

Aside from being a successful musician, the 40-year-old is a family man. He enjoys a blissful life with his beloved wife and two adorable kids. So naturally, his fans must be curious to know about his little ones. Hence, we will be seeking to learn all about Synyster Gates’ children in this article.

Synyster Gates, also known as Syn, married his wife, Michelle DiBenedetto, on May 7, 2010, and they have been together ever since. However, the couple waited for a few years before they decided to welcome a new member into their family.

So while Synyster Gates’ son recently turned five years old, his daughter will be turning three in October 2022. Since there is only two years of age differences, we are assuming the Haner siblings get along well.

Are Related To M. Shadows

As mentioned before, the 1981-born guitarist is married to Michelle DiBenedetto. His wife has an identical sister named Valary DiBenedetto. Valary married Gates’ bandmate and the lead vocalist of A7X, M. Shadows, on October 17, 2009. That means the bandmates are brothers-in-law, and Shadows is an uncle to Synyster Gates’ children.

Furthermore, Synysters Gates’ little ones are cousins with the vocalist’s sons. M. Shadows and his wife, Valary, share two sons, 7-year-old Cash Sanders and 9-year-old River Sanders. So, Nicci and Monroe must receive much love and adoration from their older cousin brothers. We hope to see more interactions between the kids in the future.

Even though it wouldn’t have been surprising if the Haner siblings had their own social media handles but, they don’t. It is understandable, as they are relatively young at the moment. Regardless, Nicolangelo and Monroe sometimes appear on their father’s Instagram account.

Syn has uploaded short videos of him and his son trying out various filters with #funny as the caption. He also once shared an adorable short clip of his children wrapped up in blankets like burritos.

On the contrary, Synyster Gates’ wife, Michelle, has made her Instagram handle private. We assume she shares adorable pictures of her little ones just for her close family and friends to see. Besides Syn uploading photos and videos of Nicci and Monroe, not much information about them has been revealed yet.

There is a possibility that, since their son and daughter are still very young, the couple wants to raise them without exposing them to the media as much as possible. Hopefully, we will get to learn more about the kids in the future.

Nonetheless, Synyster Gates’ children must enjoy a comfortable life with him and his spouse. We wish much happiness and prosperity to the guitarist and his family in the upcoming days.

“Nicolangelo” is a masculine name mostly used in Australia, whose numerology is 8.

Synyster Gates’ daughter’s name “Monroe” means “from the mouth of the river” and is a Scots Gaelic surname of Scottish, Irish origin.