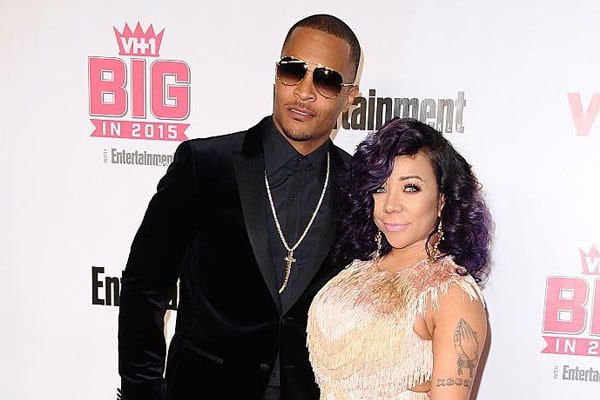 Tameka Cottle, who is better known as Tiny Harris, is married to American rapper T.I. And their marriage has been very successful. The couple has given birth to three children: two sons Major Philant Harris, Clifford Joseph Harris III as well as a daughter Heiress Diana Harris.

But all hasn’t been good for the couple as they lost their daughter Leyah Amore Harris, she was stillborn. It was tough for the couple to go through such terrible times after small Leyah’s demise. May she ‘rest in peace’ in heaven.

Pregnancy Complications and The Death of Leyah Amore Harris

Well, Leyah Amore Harris was set to be the couple’s second child after the two had given birth to their first child and son, King Harris, in 2004. In 2007, T.I. and his wife Tiny received the news that Tiny was pregnant with their second baby. It was further revealed that it was a girl, and the couple quickly named her Leyah Amore Harris.

But soon, their doctor revealed to them that the sac holding the baby had split into two, and it could result in the death of the baby. This left the couple in shock, but they were still holding hope after the doctor assured them that all is well with their daughter.

But things took a south turn after they visited a specialist who told them their daughter had no heartbeat. It was determined that there was no chance of saving her, and Tiny delivered her stillborn daughter in just six months, much to the dismay of both her and T.I.

The sad fact about Leyah’s death took a significant toll on the former Xscape singer. It left the couple very sad and upset, but her family and friends did their best to cheer her up. However, Tiny and T.I. were able to recover from this traumatic incident, and two went on to have two more kids. Nevertheless, sweet little Leyah will always remain in the couple’s memories.

Tiny And T.I. Were Heartbroken After Leyah’s Death

Leyah’s death took a massive toll on both, T.I. and Tiny. Tiny opened up about her grief during an interview with Essence that both she and her husband spent hours with their daughter. She was upset and distraught over the death of her daughter, and so was T.I.

They hosted a touching funeral for Leyah. Tiny said that she kept her in the room with her the whole day. Then, they dressed her in an outfit, wrapped a blanket around her, and placed her in the little basket. Everyone came to visit her at the funeral, and afterward, the heartbroken couple had their alone time with her.

Plus, she also stated that she rarely visits the graveyard to avoid being haunted by those memories. In 2014, to commemorate her daughter, Tiny got a jewelry piece. But the couple has risen from this sad moment to find happiness in life again, thanks to the birth of two more adorable children. After enduring all this, that is the least that they deserve.