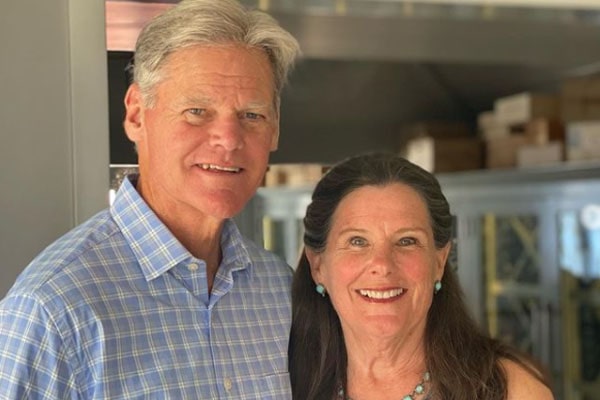 The famous American actress and game show host Brooke Burns was born on 16 March 1978 to Brad Burns and Betsy Burns. With her rising stardom in the entertainment industry, many are curious to know about her parents as well.

So, here let us introduce you to Brooke Burns’ parents, Brad Burns and Betsy Burns, who supported their daughter to be one of the prominent figures of the celeb world.

ALSO READ: Magnus Carlsen’s Parents And What They Did In The Past

The former host of the Emmy award-nominated GSN quiz show ‘The Chase,’ Brooke Burns is mostly mute regarding her parents and their personal and professional life. However, back in 2016, while talking to Fox News’ reporter, Nicki Gostin, she revealed that her dad, Brad Burns, was in the oil business at that time.

However, it is not sure if he still is involved in the oil business.

Moreover, Brooke Burns’ father, Brad Burns, also did missionary work when she was a child. Being a Christian, he used to share his belief about Christ with others in the Texas area.

Talking about Brooke Burns’ mother, Betsy Burns, her professional life is entirely away from the reach of media. However, it seems like she was a housewife and managed her family while her husband went out to earn a living for their family.

Though Brooke Burns’ parents’ professional detail is still a mystery, we know they have two more daughters besides Brooke.

The Burns couple, Brad Burns and Betsy Burns raised Brooke Burns with two more daughters in Dallas, Texas. Brooke Burns is the oldest one among their three beautiful daughters, while Beth Burns Beakley is their second child. But, the details, including the name of their youngest daughter, are not available to the public.

Brad and Betsy Burn’s eldest daughter, Brooke Burns, has walked down the aisle twice in her lifetime. Previously, she was in a conjugal relationship with actor Julian McMahon from 1999 to 2002. With McMahon, Brooke gave birth to Brad and Betsy’s first granddaughter, Madison Elizabeth McMahon.

Currently, Brooke is married to film director Gavin O’Connor with whom she has another daughter named Declan Welles O’Connor.

Talking about Brad and Betsy’s second daughter, Beth Burns, she is also a married woman with three daughters. However, the duo’s youngest child’s information is yet to be revealed, and she does not seem to be as active as her sisters in social networking handles at the moment.

Brad and Betsy are very close to their daughters and their family. Both of their married daughters, Brooke and Beth, visit them at their place with their respective husbands and childrens during holidays. So, the proud parents plus grandparents Brad and Betsy often get to spend quality time with their children and grandkids.

Brooke Burns’ parents, Brad Burns and Beth Burns, seem to be very concerned regarding their personal life. As a result, despite being available on social media pages, they hardly share photos. To date, Brooke Burns’ father, Brad, has shared just one photo on his Instagram account while her mother, Betsy’s Instagram, has no posts.

Though Brooke Burns’ mother and father rarely share their photos and other details on their Facebook and Instagram, their daughter often shares pictures with them. Going through the social media posts shared by Brooke Burns, it seems like her parents are her idol. So, she never misses any chance to share her gratitude and happiness of being a daughter of such loving, caring, and supportive parents.

So, for now, Brad Burns and Betsy Burns live a peaceful life at the moment, with frequent visits from their daughters and their family. We hope their bond with their children will always keep getting stronger with time.