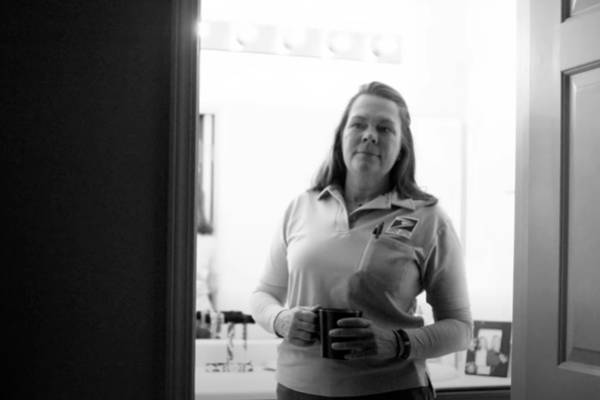 No Role Modelz singer Jermaine Lamarr Cole is undeniably one of the most talented rappers, singers, songwriters, and record producers out there. His mesmerizing voice and relatable lyrics have captivated the hearts of millions and inspired many to pursue a singing career. Furthermore, J. Cole‘s childhood struggles and the difficulties he encountered on his path to fame are not unheard of.

Today, people recognize J. Cole as one of the best rappers and singers. Love Yourz, Lost Ones, Middle Child, and Power Trip are among his most popular songs. There is no denying that the talented singer has achieved significant success in his career; however, the reason for his success is rarely discussed.

They say behind every successful man is a woman. In rapper J. Cole’s case, the woman was his mother, Kay Cole. So, why don’t we get to know the lady who helped shape the rapper’s career?

As the rapper has been very vocal about his childhood struggles, it is no secret that J. Cole’s mother raised him and his brother Zach Cole by herself after her husband left the family. Kay and her two sons lived in Fayetteville, North Carolina, where she worked several jobs to support her family. As a result, the rapper grew up in tiny houses in neighborhoods and trailer parks until he was eleven years old.

Cole’s mother remarried many years later, and the family moved to a more friendly neighborhood. While they could live in a lovely house on Forest Hills Drive, their financial situation had not improved significantly. In fact, there were days when J. Cole’s mother would stay on a hungry stomach so her sons could eat.

Unfortunately, Kay Cole’s marriage deteriorated as the years passed, and her husband got abusive towards the end of their relationship. J. Cole and his family also lost their house because his mother could not afford it, and it was foreclosed. However, the rapper would later buy and turn this house into a safe haven for single moms. This gesture alone shows how much the rapper recognized his mother’s efforts and sacrifices.

At some point, Kay started working at the United States Postal Service. However, as J. Cole began rising to fame, he finally helped his mom retire from her job. The singer documented his mother’s last day on her job in his web series Bornsinner.com.

It must have been a proud moment for the rapper to finally be able to repay the woman who had made so many sacrifices for him and his brother’s sake. Likewise, J. Cole’s mother must be incredibly proud of how far her son has come in his life.

The singer has also written several songs to express his affection for his mom. It is clear that the rapper regards his mother as the rock of his life. So, let us wish Kay Cole the best for her future and hope that she only has better days ahead of her.

J. Cole began rapping when he was only twelve years old. In a YouTube video with Nardwuar, a.k.a John Ruskin, the rapper revealed that he would beg his mom to buy him a beat machine to make his own beats. J. Cole’s mother finally gave in to his request and bought him an ASR-X musical sampler as a Christmas gift. Clearly, his mother saw how much he desired the machine and wanted him to have it.

Ever since the rapper landed his hand on the beat machine, he got immersed in it. So much so that he produced his first song when he was only 15 years old. Slowly, J. Cole worked his way to the top, and the story of his humble beginnings, which he portrays through his honest lyrics, is applauded by fans worldwide.

J. Cole is also continuously thanking his mom through his sons and thinks that his mother is the reason why he came out as good as he did. In an interview with HipHopDX, the rapper mentioned that his mother had the biggest influence on him in music.

At present, J. Cole is living a private and blissful marital life with his college sweetheart Melissa Heholt. The pair have also welcomed two sons, who they keep hidden from the media, not even revealing their names. Yet, as a parent himself, the rapper must be immensely grateful for his mom and all of her sacrifices.

Similarly, J. Cole’s mom must be thankful for her decision to support her kid and believe in his dream. And, given Kay’s high regard for family, we can assume she is close to her daughter-in-law and grandchildren.

The celebrity mom also accompanies her son to award ceremonies, and we couldn’t be any happier for the mother-son duo. So, let us hope that the talented artist keeps making his mama proud through his music.

As previously stated, J. Cole’s stepfather Edward left the family after his relationship with Kay deteriorated. Kay struggled with drinking and drugs as an aftermath of his departure. She eventually got clean, but her son is still wary of discussing her struggles in interviews.

Nonetheless, the rapper talked about his mother overcoming her battles and the reason behind her struggles in his album KOD that carries three titles: Kids On Drugs, Kill Our Demons, and King Overdose. In one of his songs, the rapper sings about wanting to kill the man who made his mother cry and suffer.

We can all agree that overcoming an addiction is no easy task. So, we must commend J. Cole’s mother for never giving up hope and always killing her demons to become a better person.