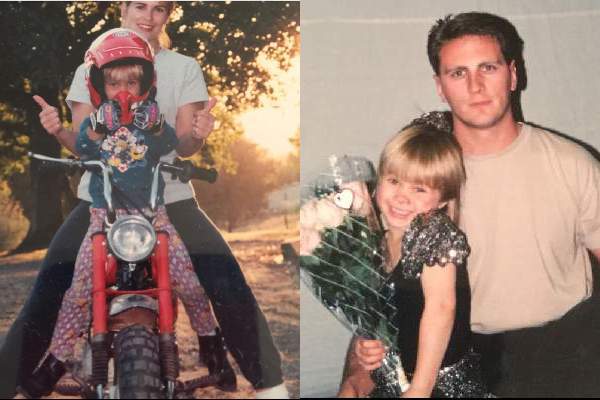 When we are young, we are known by our parents’ name and their professions. So how proud achievement must it be to be able to make your parents known by your name? Well, the MMA personality Paige VanZant must know the feeling. With an impressive career in MMA, VanZant has made her dad and mom known through her identity.

We know so much about VanZant’s career and her married life, but little do we know about her family, who has been her biggest strength and support system. So, this article is solely dedicated to the former UFC stars Paige VanZant’s parents.

Are Supportive Of Their Daughter’s Career

Many of you must be curious about VanZant’s family life. She is very open and expressive about her married life with her husband, Austin Vanderford, who is also an MMA fighter. But little is known about her parents. Paige VanZant’s mother is Rachel Sletten, and her father is Steve Sletten. Paige was born in Dundee, Oregon, and raised in Sherwood with her brother, Steven Sletten. Before leaving for Nevada, her parents owned a dance studio. So she grew up dancing for over 13 years until she found MMA.

Paige loved fishing and hunting with her father, so he gave her the nickname 12 Gauge, which is so popularly famous. She has a tight bond with both of them. Paige VanZant’s parents can be seen supporting their daughter in her matches.

VanZant was born Paige Michelle Sletten, but she changed her surname to VanZant due to bullying. The bullying included mocking her surname Sletten to Slutton. VanZant was her mother’s students’ last name, and she liked how it sounded.

VanZant In Dancing With The Stars

Paige VanZant’s career as a combat sports fighter was impressive, with a record of 8-5-0. Though she was wildly famous for her MMA career, she also did some other things that were less gruesome, required no punching, and were more elegant to watch. Steve Sletten and Rachel Sletten’s daughter participated in Season 22 of Dancing with the Stars. She had the upper hand due to her childhood which revolved around dancing. Paige was a natural dancer and impressed many people with her dance moves and flexibility.

The BKFC boxer was partnered with Mark Ballas, a professional dancer. The duo was one of the strongest contestants of the season. They finished in second place, losing to model Nyle DiMarco and Peta Murgatroyd. This was quite an achievement for VanZant, considering the fact that she hadn’t danced since she started her MMA career. All credit to Paige VanZant’s parents, who taught her all the basics of dancing from a young age.

When VanZant moved with her family to Nevada, she was looking for a dance studio. But as fate would have it, Paige came across UFC veteran Ken Shamrock‘s gym. Mr. Steve VanZant was a huge UFC fan, so he persuaded Paige to join the gym and try her hands at boxing. That’s how VanZant found her true calling and never looked back. Initially, Paige concentrated on boxing before moving to MMA. She was fascinated by the sport and wanted to continue boxing.

At that time, Paige was struggling with her mental health. Even at one point, she had considered suicide, but fighting saved her and gave her the sense of power that made her realize she could protect herself. Her parents were supportive of whatever career path she took. While her mom and everyone were initially skeptical regarding her decision to fight in BKFC, they all eventually came around.

Nevertheless, having such parents can inspire many, as their support is what led Paige to her successful MMA career, and we got to witness one strong, beautiful and talented individual.