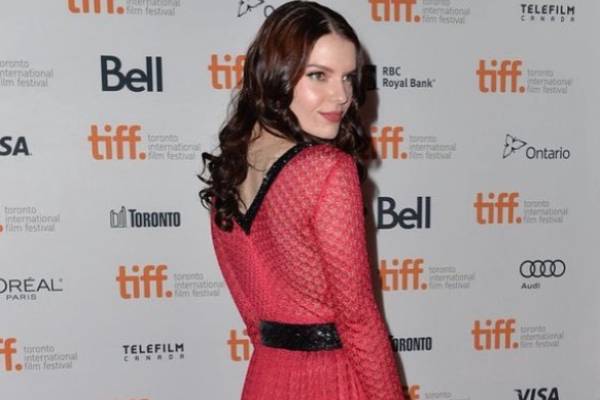 Kodi Smit-McPhee is a talented Australian actor. The 25-year-old has already made a significant name in Hollywood with his acting skills. He has won numerous awards, including Golden Globe Award and AACTA Award. However, Kodi first garnered attention as a child artist in the movies The Road and Let Me In. Since then, he has appeared on many hit films like Dawn of the Planet of the Apes, X-Men Apocalypse, and Dark Phoenix.

It looks like the young Aussie got his acting talents from his family. Kodi’s father, Andy McPhee, was a former professional wrestler and an actor. Similarly, his older sibling is also an actress and singer. Moreover, she was passionate about singing, dancing, and modeling at the age of three.

Is The Eldest Sibling Of The Family

Sianoa Smit-McPhee was born in Adelaide, South Australia, in February 1992. She is the firstborn of her parents, Andy McPhee and Sonja Smit. In addition, Sianoa has two younger brothers, Kodi Smit-McPhee and Caden Smit-McPhee. They all grew up together in Australia and shared a profound bond with one another.

As we know, her brother Kodi is a very famous actor. On the other hand, her youngest brother Caden is not among the news and media like her and Kodi. It seems like Caden prefers to keep his life private and away from the spotlight. Sianoa’s baby brother has not revealed any information regarding himself.

Talking about her love life, Kodi Smit-McPhee’s sister is married to an American songwriter and producer, John Rush. The love birds have been together for almost a decade. They worked together on the song Take a Bite of My Heart for one of her movies. Sianoa Smit-McPhee’s husband wrote the lyrics and produced the song, which she performed.

Sianoa’s husband seems to be a reserved and quiet person. Despite being a music producer and songwriter, Kodi Smit-McPhee’s sibling’s spouse is not so often in the news or spotlight. However, John has appeared in some of the pictures on Sianoa’s Instagram.

On the other hand, her brother Kodi has been together with his long-time girlfriend, Rebecca Phillipou. The pair have been spotted many times in public. Recently, they appeared together at the SAG Awards.

Kodi Smit-McPhee’s Sister Is An Actress And Singer

Sianoa Smit-McPhee is also an Australian actor and singer. She rose to prominent stardom due to her performance as Bree Timmins in one of Australia’s long-running television series called Neighbours. Her character was very much admired and loved by the audience.

After the success of Neighbours, Sianoa appeared on some more television series like As the Bell Rings, Hung, and The Kettering Incident in the lead role. Apart from working in television, she has also appeared in a few films such as Touchback, All Cheerleaders Die, Mall, and Fallen.

However, Kodi Smit-McPhee’s siblings, Sianoa Smit-McPhee was on a short hiatus from Australian television after her last performance as the rebellious teenager in Neighbours. Instead, she focused on her musical journey and wanted to become a pop star.

Sianoa returned to Melbourne with her husband to pursue her dream of becoming a musician like Michael Jackson and Madonna.

Well, in her music journey, Kodi Smit-McPhee’s sister has collaborated with some popular artists like Lil Johnnie. They met while shooting for the music video of the song Pull Up in 2018. The artists paired up again for their 2021 track Waves.

Also Read: Get To Know About Nicole Kidman’s Sister

Sianoa Smit-McPhee’s father, Andy McPhee, is a famous Australian actor. He has over 135 acting credits under his belt. Furthermore, he has appeared on some big television series like Sons of Anarchy, Rush, and Criminal Minds. In addition, he has also featured on the big screen in movies such as The Adventures of Charlotte and Henry, Dumb Criminals, What Goes Around Comes Around, etc.

Prior to acting, Sianoa’s dad Andy was a professional wrestler. He began his career through wrestling more than thirty years ago. Andy has shared some pictures of his heydays while working as a wrestler on his social media.

So, Sianoa Smit-McPhee and her brothers must have attended lots of wrestling events in their childhood.

Furthermore, Sianoa’s father thanks wrestling for propelling his acting career. Nonetheless, Andy has also worked as a mentor and life coach. In addition, he advocates for the victims of trauma and tragedy. The former wrestler also addresses critical issues such as mental health, autism, and bullying.

Sianoa’s Brother Is Nominated For The Oscars

As mentioned above, Sianoa’s brother Kodi is a very talented actor. Despite being only twenty-five years old, he has established himself as one of Hollywood’s most promising and talented actors.

Furthermore, Kodi is nominated for the 2022 Academy Awards for the category of Best Supporting Actor. He played the role of Peter Gordon in Jane Campion‘s film, The Power of the Dog.

Substantially, Kodi Smit-McPhee’s sister, Sianoa Smit-McPhee, must be proud of his nomination for the 2022 Oscars. We wish Sianoa’s brother all the best and hope to see the siblings celebrating together after the event.