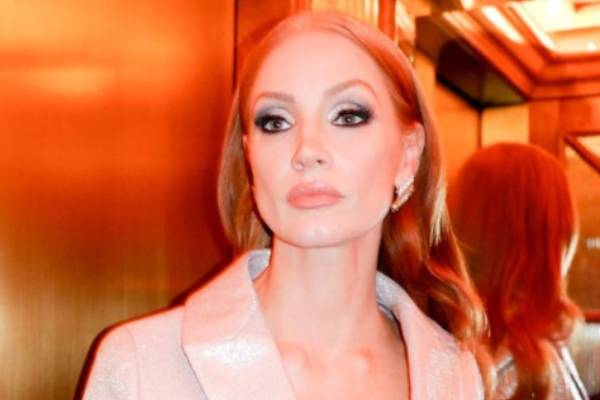 Jessica Michelle Chastain is a talented American actress and movie producer. The 44-year-old is mainly known for portraying strong feminine roles in her movies. We can see her as a powerful female character in most of her films like Zero Dark Thirty, Miss Sloane, The Zookeeper’s Wife, The Help, etc. Furthermore, Jessica was listed as one of the 100 most influential people in the world by Times magazine.

Well, this journey to success and fame was not easy for Jessica. She had a rough upbringing with her parents’ separation at a young age. Furthermore, she had a huge family with countless struggles growing up. However, Jessica only has one sister from her parents. The rest of her siblings are from her parents’ relationship after their separation.

Hence, in today’s article, let’s get to know about Jessica Chastain‘s siblings. How many sisters and brothers does the actor actually have?

Had A Troubled Childhood

Jessica Chastain was born on 24th March 1977 in Sacramento, California. Jessica’s mother, Jerri Renee Hastey, was just a high school teenager when she gave birth to her. Furthermore, her father, Michael Monasterio, was an aspiring musician in his early 20s during that period. The couple gave birth to another daughter and Jessica’s only sibling, Juliet Chastain, a year later in 1978.

Sadly, later on, Jessica’s parents’ relationship turned into turmoil. Hence, her mother separated from Michael and left with the two girls.

Similarly, Chastain has mentioned her difficult childhood in many of her interviews. Living with a single mom and many siblings, life was hard for Jessica and her mother. Furthermore, there were times when the family had to sleep without eating any food because they had no money. But, she considers her mother to be the biggest hero and supporter in her life.

That tough upbringing gave Jessica a lot of resentment. But, it has made her the person she is today. The sublime actress is a product of those financial hardships and struggles.

Also Read: Get To Know About Kodi Smit-McKay’s Sisters

After her parent’s separation, Jessica’s mother remarried a firefighter named Michael Hastey. The actor considers her stepfather one of the first people who made her feel secure. It seems she had a lovely bond with Hastey growing up.

Furthermore, Jessica has one half-brother from Michael and her mother’s marriage. Her younger sibling Will Chastain is a military man. He serves in the U.S Army and has even served in Iraq. The talented beauty is very close with her brother and shares a lovely bond with him.

Jessica Chastain’s half-siblings are not famous actors working in Hollywood. One of her half-sisters, Nicole, is a music teacher and sound healer. But, no details and information regarding Laci have been revealed yet.

Unfortunately, Juliet, Jessica’s younger sister died in 2003. Juliet took her own life in their father’s house with his shotgun. She was battling depression and drug abuse.

Professionally, Juliet was a drummer, poet, and songwriter. She was Jessica’s only full sister among all her siblings. Her sister’s death has made an enormous impact on the actress’s life. It has also made her family come closer to spend and enjoy quality time together.

Furthermore, Jessica’s sister’s demise has made her more empathetic and understanding towards people with mental health problems. She has openly talked about mental health issues and has love and support for those going through it. Let’s hope Jessica keeps spreading awareness regarding these sensitive topics.

Nonetheless, we wish Jessica Chastain and her siblings all the best for their future.