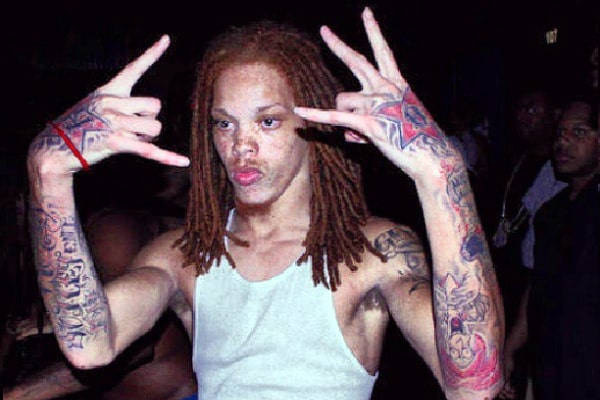 Waka Flocka Flame grew up with four siblings, KayO Redd, Rahleek Malphurs, Wooh Da Kid, and Tyquam Alexander. What’s more, all four siblings grew up to love music and began their journey in their own understanding.

We have a lot of time to talk about Flame’s brothers, but here, we shall focus on KayO. Sadly, he passed away, but what was the reason? Let’s find out and also learn more about Waka Flocka Flame’s brother, KayO Redd.

Born to one of the most reputed hip-hop managers, Debra Antney, KayO Redd’s early life details are blurry. However, he was born on June 1, 1986, in Queens, New York, as Coades Scott.

Furthermore, KayO kept a considerable chunk of his life away from the spotlight. However, according to Kayo’s Instagram, he worked as a host on Be 100 radio.

Moreover, KayO often captioned his pictures, inspiring his followers to do better and learn every day. Besides Radio, he also made a massive impact in the hip-hop world.

Also Read: Get To Know Jamie Foxx’s Sister Deondra Dixon Who Has Sadly Passed Away

Unfortunately, KayO could not celebrate his success nor bless his fans with more music as he died in 2013 in an apparent suicide,

Moreover, Waka’s mother, Debra, confirmed the death of her baby boy via Twitter, writing she’d just lost another son. Sadly, the mother of four had previously buried a son who died in a car accident when Waka was only 13 years old.

Although KayO died in mysterious circumstances, TMZ reported that all evidence pointed to suicide with a self-inflicted gunshot wound. Furthermore, Redd’s body was discovered at night in the Georgia subdivision, where he lived.

At the time, Redd was going through major turmoil in his life, including losing his eyesight. It was later revealed that he’d been a victim of bullying as well.

Moreover, KayO Redd’s brother, Flocka, spoke of his suicide in 2017 with Viceland. He talked about the feeling of regret he felt after Redd’s death. He further said that he’d seen his brother’s call but could not answer. And later, when he called back, KayO did not pick up the phone.

As mentioned earlier, Waka Flocka’s brother, KayO Redd’s death filled him with massive guilt and impacted his life immensely. He continued to blame himself, telling Viceland that he understood how Redd was affected and failed to pay him any real attention.

Moreover, after Redd passed away, his family launched the No R.I.P (Reckless Internet Posting) Foundation. The foundation supports responsible reporting by blogs and media sites of deaths rather than spreading harmful gossip.

Flocka further committed to making suicide prevention and mental health his lifelong job via Twitter. Although Flocka is yet to announce any concrete plans about his actions for mental health awareness, it’s admirable how he’s turning his focus into helping others.

Thus, let’s hope the Waka Flocka Flame’s brother, KayO Redd, rests easily while his family is finding solace by helping those in need.