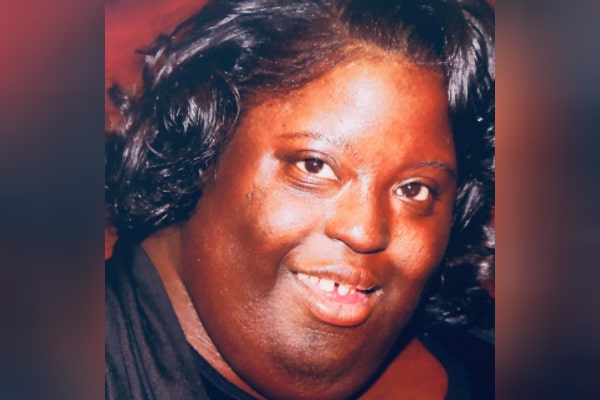 Deondra Dixon had down syndrome and was the youngest sister of Jamie Foxx. She sadly passed away at the age of 36 on October 19, 2020. The news shattered Jamie and the rest of the household as things took time to go back to normal.

Born on September 6, 1984, Deondra was a talented soul and beautiful human being who lived honestly and fully. Below, let us discuss the inspiring life lived by Jamie Foxx’s sister, Deondra Dixon.

Taught Her Brother How To Live

Jamie Foxx is a family guy who stays with them and enjoys their company. The Oscar winner is more appreciative of his sister Deondra who taught him how to live.

The Texas-born would join her brother and the rest of her family including her sister, Deidra Dixon, in California after graduating from high school, where she would connect more with the rest.

The multi-talented actor acknowledges how his sister helped him in life. He stated that while he gets caught up in his life, looking at Deondra makes him realize what life is and how you should enjoy it. And today, the Django Unchained actor is doing exactly what he learned from his sister, living simply.

Ambassador For The Global Down Syndrome Foundation

The presence of an extra chromosome is from birth which leads to down syndrome. Jamie Foxx’s sister had down syndrome, and rather than focussing on her troubles, Deondra Dixon served as the Global Down Syndrome Foundation ambassador and helped create awareness about the condition.

The 2011 ambassador made an excellent example of being herself and showing that Down syndrome is not something that should stop someone from reaching their goals.

Dixon transitioned from one thing to another throughout her life, but her biggest achievement had to be her involvement in the Global Down Syndrome Foundation.

Corinne Foxx‘s aunt was also the first recipient of the Quincy Joines Exceptional Advocacy Award in 2009. The award is the most prestigious and is of the highest order in the down syndrome foundation.

The Global Down Syndrome Foundation titled the award in honor of the music icon Quincy Jones, the first International Spokesperson of the foundation.

DeOndra Dixon is no stranger to breaking barriers. The Quincy Jones Award Recipient is a Global Ambassador, a Special Olympics athlete, a talented performer, & more. We are SO honored to have the unstoppable DeOndra give us a special performance at this years #AcceptAbilityGala! pic.twitter.com/gx2WFKMmS8

Competed For Nearly 10 Years In The Special Olympics

Despite having down syndrome, Jamie Foxx’s sister actively participated in the Special Olympics for almost 10 years. There are no specific details regarding which events she took part in, but Dixon began in class six.

Knowing that she enjoyed dancing, the Quincy Jones recipient might have taken part in similar events. And even after her death, Deondra is an inspiration and role model for many other down syndrome participants.

As mentioned many times, The Fall for your type singer’s sister loved to dance. Deondra Dixon was highly driven by her passion for dancing and dreams of becoming a professional dancer.

She also appeared on her brother’s music video for Blame It in 2008. The 53-year-old often recalls how she used to steal the show during the house parties. Apart from that, Dixon performed at big events, concerts, and on stage. However, her biggest moment might be dancing at the Grammy’s.

The Blame It dancer’s number 1 passion was dancing, and she shared a special bond with a talented dancer, Chris Brown. The R&B sensation is not only known for his songs but also his dance moves.

The father of two, Jamie, is a good friend of Chris Brown, due to which he was able to introduce him to his sister. As the Olympic participant was a huge fan of dancing, Chris Brown was a perfect choice for her as a boyfriend.

Brown, who was always good and open with Dixon, would accept her request and even teach her some moves out of love. He took to social media to express his sadness when the devasting news of her death left him heartbroken.

Nevertheless, only the memories of Deondra Dixon can fill the space left by her. Jamie Foxx and his family are thankful for the moments they shared with her and more the bonds they had made.

Regardless, Jamie Foxx’s sister Deondra Dixon was beautiful, intelligent, feisty beautiful, talented, kind, caring, pure, and loving. May her soul rest in peace and be happy wherever she is.