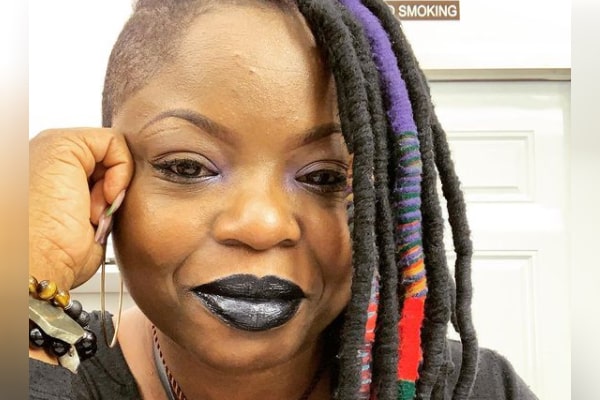 Jamie Foxx‘s sister Deidra Dixon is a decorated hairstylist who is involved in many top projects. She is not only the lady behind her brother’s dashing looks but also for many other celebrities.

The open-minded and spiritual Deidra is also a painter, writer, and nail artist but professionally is good with hair. Below let us talk about Jamie Foxx’s sibling Deidra Dixon and get to know her better.

Oscar-winner, Jamie is not the only sibling of Deidra Dixon; she also had a sister. Deondra Dixon was the Global Down Syndrome Foundation’s ambassador and the first recipient of the Quincy Jones Exceptional Advocacy Award.

Deidra’s sister had down syndrome and took part in the Special Olympics for nearly 10 years. The sibling relationship is strong among the Texas-born sisters, so much so, they were living together.

Sadly, the dance-loving Deondra passed away at the tender of 36, which shattered her relatives and mostly her siblings.

Corinne Foxx’s aunty is responsible for many behind the scene department in Hollywood. Unlike her talented brother, who entertains people with his acting, the 5’5″ painter works as a hairstylist.

According to IMDb, Jamie Foxx’s sister is credited for Avengers: Infinity War, Black Panther, Marshall, Baby Driver, and Sleepless, to name a few.

Since her niece, Corinne Foxx, is also establishing her career on the big screen, we might see the duo pairing together in the days to come.

Deidra Dixon is responsible for her brother’s hair from the very beginning. She has worked in the 53-year-old’s movies, music videos, and TV shows.

The father of two is always looked after by his sister. Annalise Bishop’s aunt has worked in almost everything her brother has been involved in.

The Amazing Spider-Man 2, Django Unchained, Horrible Bosses, Law Abiding Citizen, Miami Vice, Ray, and Collateral are some of her other notable works. Deidra has given the Django Unchained actor, not just appealing looks but also different varieties.

Member Of The Tantra Tribe

As mentioned above, the Hollywood stylist is not only a hairdresser but also a painter and writer. Aside from that, Deidra Dixon is part of the Tantra Tribe, a bunch of spiritual people indulged in regular spiritual activities.

Firstly, the term spirituality is very subjective and cannot be narrowed down. With Jamie Foxx’s sister, she is open to every religion and promotes wellness in spirituality through her social media.

She is also a huge follower of Fair Studio Art and often participates in their tantra challenges.

Deidra Dixon was also the personal hairstylist of the late Chadwick Boseman. There is a lack of information regarding how the MCU’s Black Panther met her.

Nevertheless, the 5’5″ hairdresser was responsible for most of Boseman’s appearance. Her noteworthy work for him was in Ma Rainey’s Black Bottom, Da 5 Bloods, 21 Bridges, Black Panther, Avengers: Infinity War, and Avengers: Endgame.

Sadly, on August 28, 2020, the actor passed away due to cancer, leaving Deidra Dixon broken.

Painting, writing, and doing nail arts are what interests Deidra aside from her Hollywood work. Most of her writeups are one-liners and quotes rather than poems. Jamie Foxx’s sister, Deidra, focuses on self-motivation, acceptance, and the power of love.

The hair department head’s painting and nail arts, on the other hand, is highly inspired by her spiritual nature. Most of her work is bright and a combination of various colors which provides it extra life.

With all that said, Deidra Dixon is single and living with her brother Jamie Foxx in Los Angeles, California. 2020 was tough for her as she lost two of her loved ones, but hopefully, she gets a speedy recovery and jumps back with her future endeavors.

Lastly, we wish the best to Deidra Dixon for her healthy life and continue to live happily.