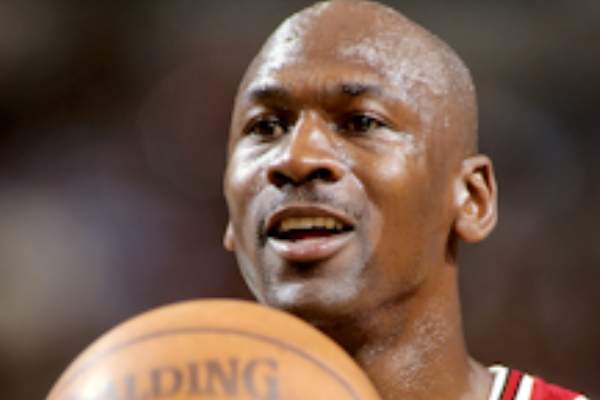 Michael Jordan is a well-known persona in the basketball world. He is one of the most unforgettable names in sports. The former player is currently involved in multiple businesses. Nevertheless, his playing career helped him gain immense fame and fortune. Jordan is considered one of the most talented basketballers of all time.

Talking about his family, the popular sportsperson grew up with his four siblings in Brooklyn, New York, USA. James Jordan Jr. is his eldest brother, and because of Michael’s fame, people are curious to know about him. So, let’s learn in detail about Michael Jordan’s brother and know what he is doing these days.

The Eldest Of The Jordan Clan

As mentioned earlier, James Jordan Jr. is the older sibling of Michael Jordan. He was born James R. Jordan in 1957, six years earlier than Michael, to James Jordan and Deloris Peoples Jordan. Then his siblings, Deloris Jordan, Larry Jordan, Michael, and Roslyn Jordan arrived. The Jordan siblings must have grown up having a wonderful time.

James Jordan Jr.’s parents met at a high school basketball game in the mid-1950s. His mom was present in the match to cheer for her brothers Edward Peoples and Eugene Peoples. On the other hand, James Sr. was playing for Charity High of rural Wallace. Eventually, the couple married and went on to have five children together.

Michael Jordan’s Brother Was In The U.S. Army

While James Jordan Jr.’s sibling has made a good name for himself in basketball, he was involved in a different profession. Furthermore, Michael Jordan’s brother, James, also known as Ronnie, was in the U.S. Army.

In 2004, James asked to stay in the Army for a year beyond his mandatory retirement date. He did so in order to complete a full year-long deployment to Iraq. Ronnie was with about 500 other members of the 35th Signal Brigade. As of 2004, he had worked in the Army for 30 years. He was the senior enlisted soldier in the brigade of 2,450 soldiers.

The 5′ 7″ tall soldier was only 36 when he went to airborne school. But unlike him, other officers were in their teens or early 20s. It was during his time at Junior ROTC in high school in Wilmington, he was convinced that the Army was for him.

Unlike his younger brother, James loves to keep his profile low. Moreover, he even avoided the attention he got due to his family connection. He might have retired later and must be making full use of his retirement. However, what he does these days has not been revealed yet.

Also, Jordan Jr. must have made considerable earnings during his military career. His current profession must also add up to James Jordan Jr.’s net worth. On the other hand, his baby brother, Michael Jordan’s net worth is $2.2 billion.

His Dad Was Murdered

Tragedy struck the Jordan family in July 1993 when James Jordan Jr’s dad went missing. Later, a car was found stripped in a rural wooded area near the city of Fayetteville, and upon investigation, it was discovered that it was registered to James Jordan.

In August 1993, a body of a man shot to death was found floating in a remote creek near McColl, South Carolina. Unfortunately, the badly decomposed body was identified as James and Michael Jordan’s father through dental records. He was shot once on the right side of his chest by a .38-caliber weapon.

Upon investigation, two men, identified as Daniel Andre Green and Larry Martin Demery, were charged with murder in the first degree and armed robbery. The police officials described that the boys killed James Sr. while he was napping in his car. The duo weren’t initially aware of his identity and only learned about him after murdering him.

Later, Green and Demery drove to a remote area and dumped elder Jordan’s body into a swamp. Among the boys, who were in their late teens at the time of the arrest, Larry had pleaded guilty, and in August 2020, he was scheduled to be released in August 2023.

As mentioned earlier, James prefers to keep a low-key profile. As a result, he does not seem to have any social media and rarely makes a public appearance. Talking about his love life, he is happily married to Blanca Jordan. However, the couple has not revealed much information about their marital life.

Furthermore, James Jordan Jr’s wife gave birth to a daughter, Jamie Jordan, in 1993. Like his marriage, Michael Jordan’s brother has also kept the details about his babygirl private. Nonetheless, he must be living a wonderful life with his spouse and kid. Let’s hope we get to know more about Jordan Jr. in the coming days.