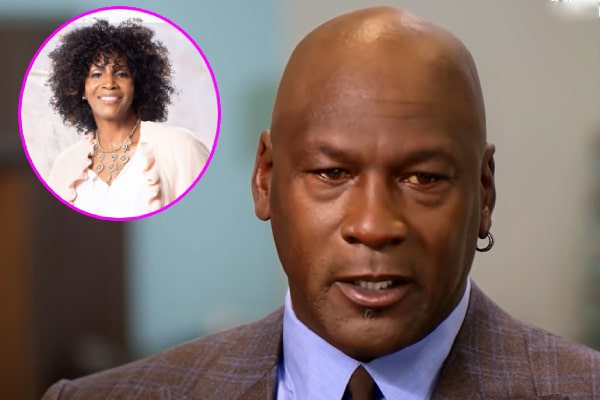 Michael Jeffrey Jordan, simply Michael Jordan, is a former professional basketball player. Considered one of the greatest basketball legends, he played in National Basketball Association (NBA) for fifteen seasons. Also, the talented shooting guard is also involved in various businesses. His playing and business careers have helped him amass immense fame and fortune.

The star player was born in New York City to his mother, Deloris Peoples Jordan, and his father, James Jordan. In addition, he grew up with his four siblings. Interestingly one of them came into the limelight after revealing the Jordan family’s secret. If you want to know more, keep reading this article about Michael Jordan’s sister, Deloris Jordan.

Is The First Daughter

Deloris E. Jordan was born in 1959 to her parents as their second child and first daughter. Her dad and mom welcomed her elder brother James Jordan Jr. in 1957. Moreover, Deloris E. has three more siblings, Larry Jordan, Roslyn Jordan, and Michael. The Jordan bunch must have grown up having a wonderful childhood.

Furthermore, the Jordan siblings’ parents first met at a high school basketball game in the mid-fifties. Their father was playing for Charity High of rural Wallace. On the other hand, their mom, Deloris Jordan, was cheering for her brothers Edward Peoples and Eugene Peoples. Later, the pair tied the knot and welcomed five kids together.

Michael Jordan’s Sister Is An Author

Aside from her association with the renowned NBA player, Deloris is famous for her self-published memoir. She has already penned two books. Her first book was In My Family’s Shadow: Sister of Sports Phenomenon Michael Jordan, which was published on 1 January 2001. Moreover, Michael Jordan’s sister published her second book, You Are Stronger Than Your Situations: Please Don’t Jump in 2020.

The writer’s first book is a revealing memoir where she disclosed shocking facts and pain about her life. Moreover, she said that she had been ridiculed and ostracized by her family. Her struggles and feelings are the main themes of the book.

Likewise, in her second book, the author encourages her reader not to give up on living. She mentions sometimes life hurts a lot, and we become overwhelmed by challenges and painful moments. But, we are stronger than we think. Thus, the writer strives to convey to those in the throes of despair and give hope through her words.

Aside from that, Ms. Jordan is also a motivational and inspirational speaker, minister, and real estate agent. She has her own website where you can buy her two books and merch.

Accused Her Dad Of Rape

As mentioned above, Deloris’ first book was a revealing memoir where she disclosed some shocking facts. In addition, Michael Jordan’s sister accused their father of sexual abuse. She detailed how she told her mother about it, but the latter chose to ignore the evidence. However, she did sort out everything with her father before his death.

Also, shortly before her dad’s murder and legal separation from her second husband, Jordan started writing her story. The book did cause a stir between her and her family members.

Deloris Jordan Net Worth And Earnings

As an author and speaker, Michael Jordan’s sister must be earning a lot. As per Glassdoor, a motivational and inspirational speaker makes an average salary of $85,167 annually. Likewise, Deloris’ books are also popular. Thus, she must have collected pretty pennies from them too. Her book, In My Family’s Shadow, costs $36.99, and You Are Stronger Than Your Situations is priced at $17.99.

Thus, Deloris Jordan’s net worth must be a substantial amount, thanks to her book and merch sales. Hence, she must be living a comfortable life. On the other hand, her younger brother, Michael Jordan’s net worth is reported to be $2.2 billion.

Apart from her successful professional life, Michael Jordan’s sister is a proud mother of three kids. She had them from her previous two marriages, which ended in divorce. However, the identities of Deloris Jordan’s children and ex-husbands are still confidential. She once posted a picture with a little baby who is likely her child or grandkid.

Nonetheless, the former NBA player’s elder sister seems to be living contently. She has turned her struggles and pain into strength and is serving as an inspiration to others. We wish Deloris Jordan a more prosperous and happy life ahead.