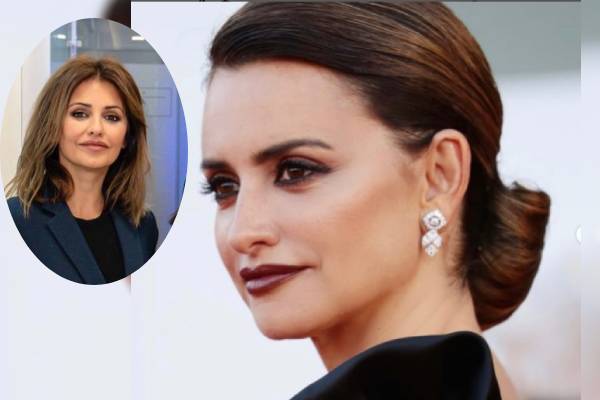 Penélope Cruz Sánchez, best known as Penelope Cruz, is a Spanish actress. The beautiful actress started her career at the age of 16. However, she gained worldwide recognization after portraying the lead role in “All The Pretty Horses (2000)”, Vanilla Sky (2001), and Blow (2001). With excellent acting skills, Penelope has won various awards, including an Academy Award and a British Academy Film Award.

Considering Penelope’s fame and achievement in the entertainment industry, she has attracted much attention. As a result, fans have been curious to know more about her life and her family members. So, today we will be talking about Penelope Cruz’s sister, Monica Cruz. Keep scrolling to find out more about the beautiful star.

Monica Is A Middle-Child

The Spanish actress, Mónica Cruz Sánchez, was born in Spain on March 16, 1977, to her mother, Encarna Sanchez, and her father, Eduardo Cruz. She is the middle child of her parents. Penelope Cruz, the prominent actress, is the elder sister of Monica and was born on April 28, 1974. After Monica, her parents gave birth to her younger brother Eduardo Cruz, a singer, in 1986.

The Spanish actress was born into a working-class family. Monica Cruz’s mother was a hairdresser while her father worked as a retailer and auto-mechanic. Monica, her elder sister, Penelope, and her younger brother grew up together in Alcobendas.

The actress’s parents got divorced in 1999. Her father, Eduardo, remarried Carmen Moreno in 2012. Carmen and Eduardo had a baby named Salma Cruz. Thus, Monica also has a half-sister. Sadly, her father died in 2015.

As already mentioned, Penelope is a well-known name in Hollywood. At the same time, her sibling, Monica Cruz, is also an actress who is more popular among the Spanish audience. In addition to that, she is also a dancer and fashion designer. Penelope Cruz’s sister landed her acting career after starting her debut in a Spanish television show, Un Paso Adelante, in 2005.

However, she gained wider attention after starring in the movies, The Inquiry (2006), Last Hour (2008), Jerry Cotton (2010), and Iron Cross (2011). Monica has also established herself in the entertainment industry.

Monica and her sister Penelope are passionate about dancing. Both of them received professional training and distinguished themselves as promising young dancers. While Monica attended The Royal Academy of Dance to study traditional ballet and flamenco, her sister enrolled at Spain’s National Conservatory.

Is A Doppelganger Of Her Sister

Monica and her sister Penelope look much alike that many people often ask if they are twin sisters. But the answer is “NO.” As already mentioned, Penelope and Monica were born in 1974 and 1977, respectively.

Well, the star sisters took advantage of their similarities. Penelope was pregnant during the Pirates of the Caribbean: On Stranger Tides (2010) shooting. So, Monica did a long-distance shoot where full-body needed to show while Penelope only did close-up scenes.

These works, along with her own acting projects, might have helped increase Monica Cruz’s net worth

Has A Daughter Without A Baby Father

The Spanish star Monica gave birth to her daughter, Antonella Cruz Sanchez, on May 14, 2013. Since she was single, there has been a lot of speculation regarding Monica Cruz’s baby father. Later, Monica revealed that her daughter doesn’t have a legal father and was conceived via artificial insemination.

Monica is undoubtedly a woman who is bold as well as beautiful. In addition, her braveness makes her more attractive. The star’s opinion about being a mother and a woman without having a partner by her side highlighted her bold personality.

As per the actress herself, she chose to have a baby alone and doesn’t need the perfect man. However, Penelope Cruz’s sister also mentioned that if anyone wants to choose her, that man has to think about accepting Antonella too. Well, whoever would become Monica Cruz’s partner will be a fortunate one.

In addition to her own daughter, Monica has a niece and two nephews. Her elder sibling, Penelope shares a blissful marital life with Javier Bardem and is a proud mother of Luna Encinas Cruz and Leo Encinas Cruz. The actress’s younger brother has also welcomed a son, Cairo Cruz, with his partner, Eva De Dominici.

Penelope Cruz’s Sister Is Into Fashion

Penelope’s sister has another big title in her already impressive resume. The ballet dancer is also involved in the fashion and modeling field.

Furthermore, Monica and her sister Penelope Cruz designed several products, including the Urban and Evening wear collection for Spanish clothing retailer Mango, Jewelry, and handbags for Japanese fashion home Samantha Thavasa. The younger Cruz sister’s deal with Spanish luxury fashion brand Loewe in 2012 was also the talk of the town.

Moreover, she also launched the “Rock Star” jewelry collection for the brand Majorica for charitable purposes.

In addition to her several brand endorsement deals, Monica has graced the cover of various fashion magazines like Cosmopolitan, Vanidades, Glamour, and L’Officiel.

Well, Monica Cruz has made a name for herself in the entertainment and fashion world. We hope she continues to find success in her professional life and enjoys a happy life ahead.