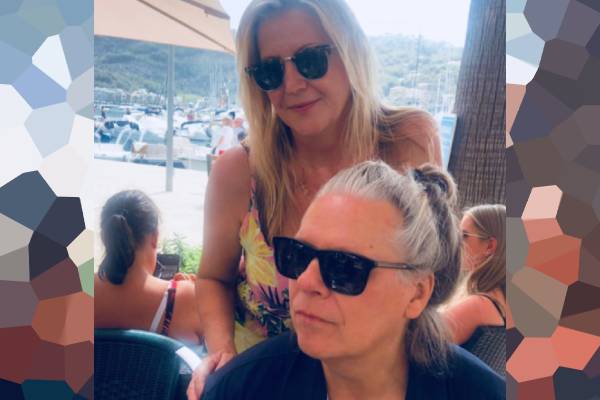 Andy Taylor, born Andrew Arthur Taylor, is the former guitarist of the new wave band Duran Duran and the rock and pop subgroup, The Power Station. He is an English musician, singer, songwriter, and record producer. He has also debuted as a solo artist in the music industry and has released many records.

Being in Duran Duran, or DD, one of the most popular bands, the guitarist saw massive success. Aside from being a sensation, the 61-year-old enjoys a blissful marital life with his missus. Today, we will seek to learn more about Andy Taylor’s wife, Tracey Wilson-Taylor.

Tracey Wilson Was A Hairstylist For The Band

Unfortunately, we could not find much info about Tracey Wilson‘s childhood. However, as per the Duran Archive, the maiden name of Andy Taylor’s spouse was Tracey Jane. Additionally, the site mentions that Tracey’s family was in the beauty shop biz.

Her family members must have influenced Mrs. Taylor as she also pursued a similar career field. In addition, she was also a hairstylist for the bandmates of Duran Duran. That is how the guitarist met his dear partner.

Andy Taylor’s wife is now a film photographer and an artist. She started her career in photography after moving to Ibiza in 2002. Tracey is now known for her ethereal, dream-like pictures inspired by light and movement. She posts stunning photographs on her Instagram handle and even has a website for her commercial, editorial, and private photoshoots.

As mentioned above, Andy and Tracey met each other as the latter worked for the band members. According to a few sites, the duo started dating in 1981, and a year later, they got married. The story of how the musician proposed to his then-girlfriend is quite a cute tale.

One night when visiting Andy, Tracey felt ill and took a nap, hoping she would feel better once she woke up. At around 4 in the dawn, the guitarist went to make sure his then-lover was feeling okay. While watching over her, he decided to propose to her there and then.

Andy then woke his now-missus up and asked the question. Tracey’s response was something he wouldn’t have expected. She said, “Don’t be silly” and went back to sleep. It was only in the morning that Andy Taylor’s wife accepted his proposal. The couple tied the knot on July 29, 1982, in Los Angeles, CA.

Andy and Tracey have been married to each other for over thirty-nine years. The husband-wife duo will be celebrating their fortieth wedding anniversary in July 2022. Considering how they have been together for almost four decades, the pair must be head over heels for one another.

Andy Taylor’s Wife Is A Doting Mother Of Four

Two years after their marriage in 1982, the couple welcomed their first child, son Andrew James Taylor on August 20, 1984. Andy and Tracey share three more children, all daughters together. They are Georgina Taylor, Bethany Taylor, and Isabella Taylor.

The couple’s firstborn and only son, Andrew James Taylor, has his own band named Electric City. He co-founded the burger restaurant Le Bun. On the other hand, Andy Taylor’s daughter, Georgina, seems to be a mother herself. Bethany is a singer and songwriter, and Isabella is a curator and an artist.

Andy Taylor’s wife and children appear happy with what they are doing. We wish the guitarist and his family more happiness and prosperity in their life ahead.