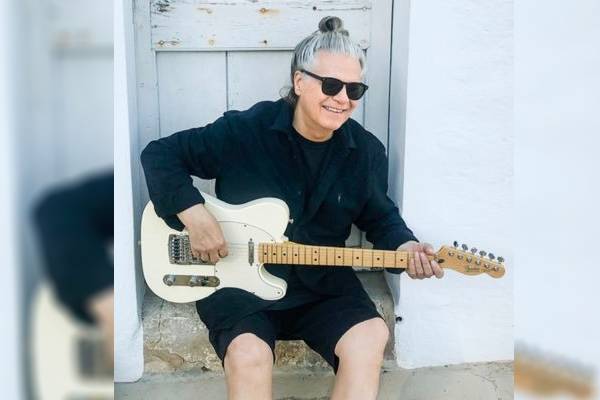 The famous guitarist Andy Taylor has amassed a hefty sum of fortune in his career. Image Source: Andy Taylor's Twitter.

Born Andrew Arthur Taylor, Andy Taylor is a famous musician and guitarist. He is best known as the former guitarist of an English new wave band, Duran Duran. Apart from that, he has been involved with another renowned band, The Power Station, and collaborated with various artists, including Robert Palmer, Rod Stewart, and others.

With his extraordinary music skills, Andy has accumulated immense fame and fortune throughout his career. So, in today’s article, we will be learning about Andy Taylor’s net worth and earnings from his career as a guitarist, songwriter, and record producer in the music industry.

Andy Taylor Net Worth And Earnings

Did you know Duran Duran and The Power Station were among the most popular bands in the eighties? As an integral part of both bands, Taylor must have earned a significant amount. Also, the guitarist has been active in the music industry for over four decades.

As reported by Celebrity Net Worth, Andy Taylor’s net worth is $20 million. So, let’s break down the musician’s earnings and income sources.

The former Duran Duran member was born in Cullercoats, England, and was passionate about playing guitar from earlier. He started his career while he was in high school and was active in local bands. Later, he quit school to focus on pursuing a music career.

Andy moved to Birmingham and joined the DD (Duran Duran). At that time, the band was working at the local club, Rum Runner. Later in December 1980, the band signed to EMI Records and soon after released their debut single, Planet Earth. By 1983, they earned global success and became popular worldwide.

Now, the new wave band Duran Duran is one of the best-selling music bands, which has sold over 100 million records. The band has released 15 studio albums, 4 live albums, 14 video albums, and 46 singles. The following table shows some of their albums and record sales:

As it is evident, DD’s songs are a huge hit and have garnered a massive amount in record sales. As a significant member of the band, Andy must have received his fair share. Hence, Andy Taylor’s net worth being $20 million is not surprising.

Also Read: Net Worth And Income Sources Of M. Shadows

In 1985 DD was on a planned hiatus. At that time, Andy and the bassist John Taylor grouped up with other famous musicians, Tony Thompson and Robert Palmer, to form the band The Power Station.

Furthermore, their debut album The Power Station was released in 1985. It reached number six on the US Billboard 200 and number twelve on the UK Albums Chart. In addition, the band performed live at the 100 Club London on 27 November 2019. This proves that, although The Power Station is not active now, their songs are still loved by many.

Andy Taylor started focusing on his solo career in the later years of the 1980s. Some of his notable solo songs include I Might Lie, Life Goes On, Thunder, Night Train, etc. In addition to that, he has also proved himself to be an excellent record producer.

In 2008, the guitarist published an autobiography, Wild Boy: My Life in Duran Duran. The book aims to give a backstage look at the DD’s rise and his journey from youth in an extended family to his life as a husband. It is available for $18.87 in hardcover format.

Considering the musician’s financial success, he can easily afford a lavish lifestyle for himself and his family members. Well, Andy is married to Tracey Wilson and has four kids.

The guitarist previously owned a luxurious penthouse in Wandsworth, South West London. It consisted of four bedrooms, a large space area, an open-plan kitchen, and a fireplace. In addition, the apartment was put up for sale for $1.41 million (£1.75M).

Similarly, the musician must have brought the cars of his dreams and also fulfilled all the needs of his family members. Nevertheless, Andy Taylor has accomplished great success as a guitarist. Although he started his career in the local bands, he became world-famous with his extraordinary skills and hard work. Let’s hope the instrumentalist continues to achieve more success in the coming days.