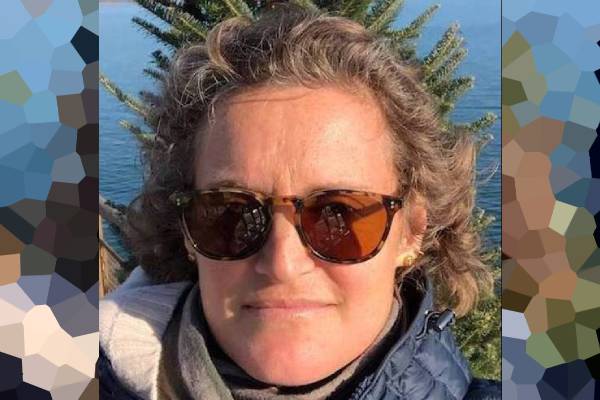 Anthony Mason has been married to his wife, Christina Anne Unhoch since 1994. Image Source: Christina's Facebook.

Anthony Mason is a senior national and culture correspondent of CBS News. He is popular for his contribution to CBS Sunday Morning. Mason was a co-host of CBS This Morning for seven years. During his stint of more than 35 years with CBS, he has interviewed many famous politicians and music artists such as Barack Obama, Richard Nixon, Paul McCartney, Lady Gaga, Elton John, etc.

Apart from being a reputed and respected journalist, Anthony Mason is also a family person. He has been in a marital relationship with his wife, Christina Anne Unhoch, since the early 90s. Furthermore, the love birds have welcomed two adorable children into their lives.

So, in this article, let’s get to know about Anthony Mason’s wife, mother of his two kids.

Married For Over Three Decades

Anthony Mason’s wife, Christina Anne Unhoch, now Christina Unhoch Mason, was born on 5th June 1969 in New York. The lovebirds have been married for more than thirty-five years. Similarly, after four years of Anthony’s divorce from his ex-wife Amy Dickinson, the pair tied the knot in 1994.

Furthermore, the couple has welcomed two adorable children during their marriage. Christina gave birth to a son and daughter with Anthony. Their eldest daughter Olivia Mason was born in New York. She graduated from St. Andrews University in 2018.

Similarly, Christina and Anthony Mason’s son Nick Mason was born on 20th April. Looking at his Instagram account, it seems he is an open advocate for the movement, Black Lives Matter.

In addition, Unhoch also has a stepdaughter, Emily Mason, from her husband’s previous marriage. Her stepdaughter seems to be married and currently lives in Chicago with her partner.

Her Son Has Worked With Her Husband

Anthony Mason’s wife, Christina Anne Unhoch, must be proud of their son as she is witnessing him follow in the footsteps of her husband. Nick seems to be a hard worker. He started to work as an intern before joining college. Christina’s baby boy went to Boston University and earned his bachelor’s degree in Film and Television.

Similarly, Christina’s son Nick worked as a production assistant to her husband, Anthony, for his CBS Morning show from March to August 2020. He filmed and broadcasted his father’s interviews with prominent personalities such as Bill Gates, Daniel Levy, Maren Morris, and others.

Nonetheless, Nick has been working at America’s Test Kitchen as a digital video production intern for more than one year. Unfortunately, we don’t have any information about Nick Mason’s girlfriend or his past relationships.

Christina Anne Unhoch, has a brief professional résumé. She is currently a Literacy Specialist at Pave Academy Charter. Also, similar to her husband, Christina has also worked for a news agency early in her career before marriage.

Before her marriage with Anthony, Christina worked as the manager and translator for Interfax News Agency in Moscow, Russia. In addition, she is also the head volunteer of the tutors’ council in New York, dedicated to expanding and retaining tutors at Reading Partners NYC.

It looks like Anthony Mason’s wife is in the education department, constantly trying to help the educators and facilitators. She is quite active on social media as well. We can find her on Facebook, where she can be seen posting pictures constantly with her husband and kids.

Nonetheless, we wish Christina and her family all the best for their future.