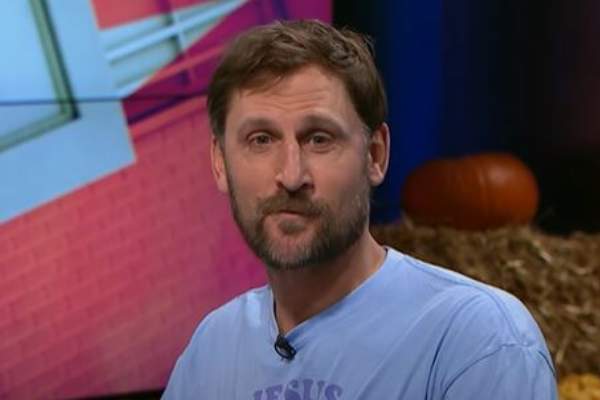 Brent Barry is a well-known basketball personality. Born Brent Robert Barry, he is famous by his nickname “Bones.” The former athlete, who played as a shooting guard in the National Basketball Association, is the current vice president of basketball operations for the San Antonio Spurs. Moreover, he also works as a commentator for the NBA 2K series.

While his professional career has proven to be progressing, Brent’s marital life could not be that successful. He was married to Erin Barry for twelve years. Many might be wondering what went wrong between the duo. So, here we present this article about Brent Barry’s ex-wife and the reason behind their divorce. Keep reading!

Were Married For Over A Decade

As mentioned earlier, the former NBA player was married to Erin Barry. The ex-couple was high-school sweethearts. The former duo met while Erin was attending an all-girls Catholic School in San Fransico, and Mr. Barry was a student at the all-boys school across the street. Furthermore, as per Brent Barry’s then-wife, she was only 16 years old when she knew he was the one.

The former duo went to see National Lampoon’s “Christmas Vacation” as a date. During the first ever basketball game she attended, Erin learned who Brent’s dad was. For those who don’t know, Erin Barry’s then-boyfriend is the son of Rick Barry, an NBA Hall of Famer. After completing high school, she planned to attend the University of Oregon, and Brent also got a basketball scholarship to Oregon State.

After playing in the NBA for a couple of seasons, Brent and Erin tied the knot in 1998 at a cathedral wedding in San Francisco. Over the years, the gorgeous lady was with her then-spouse at every step and followed him as he got involved with five different teams.

After tying the knot in 1998, the former couple welcomed two children together. In 2001, Brent Barry’s son, Quin Barry, was born. The parents kept the news of his arrival away from the media. While welcoming their firstborn, the pair must have been really happy.

Then, Brent Barry’s ex-wife, Erin Marie Barry, gave birth to their second son, Cade Barry, in 2006. Furthermore, as per an article published in July 2006, the little guy was six months old at that time. As the youngest kid of his parents, he must be pampered a lot by them. Nonetheless, the Barry siblings must be growing up having a splendid time.

Erin and her former hubby have kept their little ones away from the media limelight. As a result, not much is known about them.

After enjoying marital bliss for 12 years, Brent and Erin’s marriage fell apart. On October 29, 2010, the Spurs vice president filed for divorce stating irreconcilable differences. The documents stated that the marriage became insupportable due to discord or conflict of personalities.

Furthermore, Barry filed it under their initials instead of names. As a result, not all recognized who the couple was. The sportsman used only his initials, “B.R.B.” Thus, their divorce proceedings went unnoticed. The estranged duo had a written agreement over child support and custody. They also had a prenuptial agreement effective since the day the pair walked down the aisle.

The estranged duo got their divorce finalized in January 2011. As per the documents, Erin and Brent shared joint custody of the kids. Their prenuptial documents determined how the property was divided. Moreover, the commentator was asked to pay $4,000 every month in child support. It was only supposed to end in 2013, after the former Mrs. Barry graduates from law school and began providing for herself, as per the agreement.

Accused Of Having An Affair With Tony Parker

It has been reported that Brent Barry’s ex-wife and his former teammate Tony Parker allegedly exchanged inappropriate text messages, which led to the end of the latter’s marriage with Eva Longoria. Furthermore, the rumors surfaced when Brent filed for divorce just a few weeks before Longoria initiated her divorce proceedings.

Per the source, they sent each other flirtatious messages, but Parker never did anything with Erin. They had a “sexting relationship” with one another, which ended months ago. The source confirmed that Parker and Ms. Barry never had a physical relationship.

Following the allegations, Brent Barry’s former spouse spoke out in 2010. She took to her Facebook page to clear the rumors that she was the reason behind Eva and Tony’s failed marriage. She wrote in the post that she did not have an affair with him nor pursued him. Erin further stated that her friendship with Tony had nothing to do with the end of her marriage, which was painful enough without the added drama.

Who Is Brent Barry’s Ex-Wife?

Erin grew up in a small town near San Francisco. She was born to a single teenage mother and was later adopted by a couple. Furthermore, Erin Barry’s adoptive parents went on to have three biological children after her. She always knew she was adopted as she was with her dark hair and olive complexion in the Irish/Polish family.

In addition, Brent’s former spouse respects her birth mother’s wrenching decision. She revealed that her mom kept her for several days as she doubted her decision to give her up for adoption. But, Brent’s ex-partner added how her mama’s decision changed her life. As mentioned earlier, she went to an all-girls Catholic school.

Moreover, the former Mrs. Barry attended the University of Oregon. She has been working as an advocate for neglected and abused children. The San Fransico-raised woman was also an executive committee member in the Blue Ribbon Task Force.

Following the divorce, Brent Barry’s ex-partner has remained away from the limelight. She is not active on social media. Nonetheless, she must be doing well. We hope we learn more about her in the coming days.