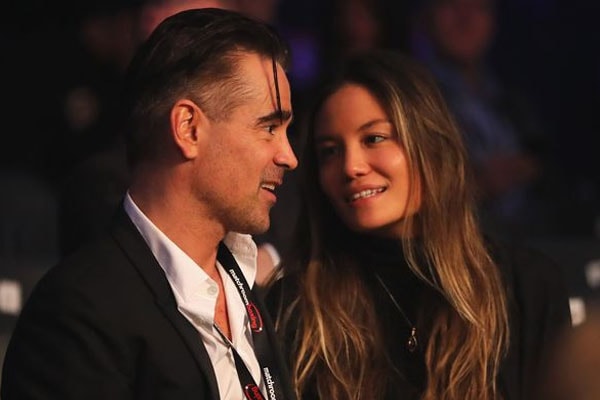 The Irish actor, Colin Farrell is currently dating his girlfriend, Kelly McNamara. The pair has been seeing each other for the past two years.

Colin Farell’s girlfriend Kelly McNamara was a “Mystery women” for everyone’s top news before she started seeing him in public. The handsome actor Colin is enjoying his relationship with his beau Kelly. Probably, both pairs didn’t want publicity link to their private relationship.

Although Kelly McNamara and Farrell have tried to keep their relationship secret, they have been spotted together often. Colin Farrell and Kelly were once seen heading to Los Angeles to have lunch. When they were there, the pair also visited the cafe and Principality Stadium in Wales.  In the past, Collin and Kelly were rarely seen together, but nowadays they are often spotted hanging around.

The handsome actor has been into many relationships with actresses, especially with his co-stars. Colin Farrell earned his name as one of the world’s famous bachelor after he made Hollywood debut in The Star War Zone. At the premiere of Quills in 2000, the bachelor met the actress Amelia Warner. The couple was rumored of getting married, but Colin announced that the marriage was never legal. Colin and his ex-partner Amelia Warner broke up nearly after five months of dating.

The Tigerland actor has a long list of relationship issue on his dating note. Though there is no proper confirmation,  Colin was linked to singer Britney Spears, Nicole Narain, model Josie Maran and actress Angelina Jolie. He was even rumored having a relationship with Demi Moore and Maeve Quinlan.

In 2003, the 42-year-old actor became a father of a son named James Padraig Farrell with his ex-girlfriend Kim Bordenave. But, they split after a year. The actor later found out that his first son has Angelman syndrome, a genetic disorder disease. Despite the fact, Colin Farrell’s son is still in good health.

The actor Colin Farrell has also dated Muireann McDonnell, an Irish medical student from 2007 to 2008. According to British-American writer Emma Forrest, she said that she and Colin had been together. They also had planned to have a child, but Colin ended up their relationship.

However, Colin Farrell became a father for the second time with polish actress Alicja Bachleda-Curus’. But Alicja wasn’t fated to be his last mistress. They ended up their relationship in mid-2010. Now, Colin Farrell’s second child named Henry Tadeusz Farrell and his first child James Padraig are spending quality time with his father.