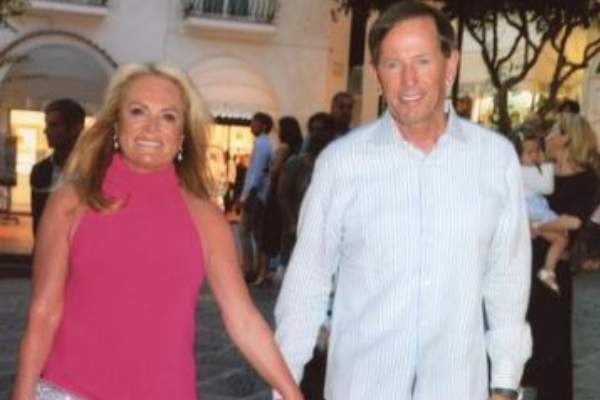 For any business enthusiast, the DeVos family is not a new name. They are like the Coppola family of the acting industry. The billionaire business family’s patriarch, the late Richard DeVos, founded Amway, a multi-level marketing company. One of his children, Dan DeVos, born Daniel G. DeVos, is also involved in the business.

Behind any successful man, there’s always a hand of a woman who supports him no matter what. In the case of the American sports executive Dan, it’s his other half, Pamella Roland. The couple has been through highs and lows, and their bond is still intact. So with that being said, why don’t we look at this article about Dan DeVos’ wife?

A Marital Life Of Many Years

As mentioned earlier, the businessman shares a blissful marital life with Pamella Roland. The pair tied the knot in August 1981. So, it has been over four decades since the duo exchanged vows.

The DeVos couple must be enjoying every moment of their marital life. Like the vows they took on their wedding, the lovebirds have been with each other through sickness and health, rich and poor. We hope to learn more details about their marriage in the coming days.

The married duo also formed the Daniel & Pamella DeVos Foundation in 1992 to support organizations and causes.

After tying the knot, Mr. and Mrs. DeVos grew their family from two to five by welcoming three wonderful children. In 1986, Dan DeVos’ spouse gave birth to their first child, Cassandra DeVos, aka Cassie DeVos. Then, in 1991, the duo welcomed their second daughter, Sydney DeVos. Six years later, in 1997, their son, Nicholas DeVos, aka Cole DeVos, arrived.

Pamella Roland’s children with Dan DeVos have already grown up. Their daughters initiated Nana’s Run in tribute to their maternal grandmother. Likewise, they are engaged in their individual professions, and the baby girls are already married. All in all, the duo must be proud of what their kids have achieved.

Pamella Is A Renowned Fashion Designer

While Dan has been making a good name in the business world, his wife is rocking in the fashion world. She is the designer of her coveted, self-named clothes brand, Pamella Roland. She started the brand in its Fall 2002 couture collection, and it earned the prestigious 2003 Gold Coast Award.

Because of its positive response since its debut, several retailers, including Neiman Marcus, Bergdorf Goodman, and Saks Fifth Avenue, have chosen Pamella Roland. Likewise, the celebrities influenced by the brand include Angelina Jolie, Jennifer Hudson, Lily Collins, Eva Longoria, and many more. The fashion designer was also inducted into the 2010 Council of Fashion Designers of America. In addition, her designs are often worn in different fashion shows and red carpet events.

Pamella had caught the fashion bug when she was a teen, but upon her dad’s persuasion, she first earned a business degree, which came in handy to start a clothing line. Also, it might be easy to spot her in the crowd as she often dons dress pants and her signature crisp white shirt.

Not only that, but Mrs. DeVos thanks her family for where she is now. She comes from a family, who not only travels or indulges in arts but also works together. All in all, Dan DeVos’ wife must be earning significantly, given that she has received significantly immense positive responses.

Grew Up With Two Siblings

Pamella DeVos was born Pamella VanderLaan to Charlotte Ann Vanderlaan and Dick Vanderlaan in Grand Rapids, Michigan. Her parents raised her along with her sisters, Sheryl DeSanto and Brenda Thompson. Unfortunately, Pamella Roland’s parents have already passed away.

All in all, Dan DeVos’ wife seems to be doing great and living her best life. We hope her work gains more prominence and helps her establish herself as one of the best fashion designers in the world. We wish her abundant happiness and success in the coming days.