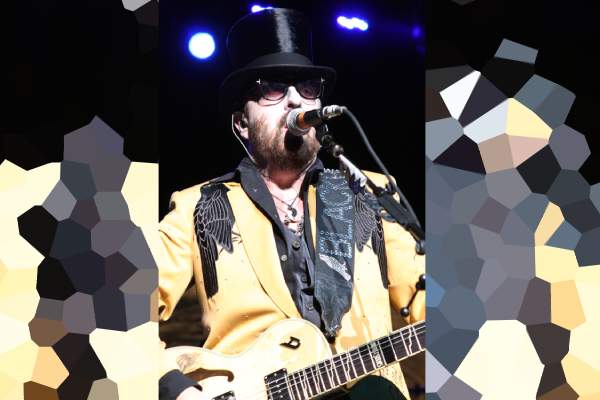 Dave Stewart married his first wife, Pam Stewart in 1972, when he was only 20 years old. Image Source: Wikimedia Commons.

David Allan Stewart, aka Dave Stewart, is a well-known English musician, songwriter, and record producer. He is best known for being a member of the pop duo Eurythmics, along with his bandmate Annie Lennox. He also won Best British Producer at the Brit Awards in 1986, 1987, and 1990.

New fans might be unaware that the musician has married thrice in his life. They might be curious to know about his first marriage. Therefore, in this article, we will learn about Dave Stewart’s ex-wife, Pam Stewart.

Married While Studying To Be A Nurse

Unfortunately, only a little information about Dave Stewart’s first spouse is available. She appears to be a private person and has not revealed much about herself in public. Pam was born Pamela Wilkinson and married the musician when she was a medical student studying to be a nurse.

According to Lucy Ellis’ book Annie Lennox: The Biography, the musician fell head over heels for Pam when he was only a teenager. Likewise, Stewart was also very young at that time.

Shortly after he turned twenty years old, Dave and Pamela tied the knot. The wedding was held at Sunderland Registry Office on December 2, 1972, and the newlyweds moved in together quite eagerly.

As mentioned above, the former husband-wife duo was excited to begin their journey together, but it didn’t take long before their honeymoon phase came to a halt. Dave and Pam were living in a squat around Finsbury Park in London. The ex-pair had no water, especially hot water, and often asked their acquaintances to let them shower at their places.

In addition, the songwriter was going through a pretty rough time with drugs. Dave Stewart’s ex-wife was studying for her final exams as a nurse, and when she returned home from work, he would be passed out from drugs. Although Pam knew her then-husband was going through a hard time, she would often yell at him to make him stop. Eventually, it used to escalate into a fight.

At last, the marriage failed, and the past duo went their separate ways. They subsequently divorced in 1977 after admitting that they had both married too young. Dave and Pam were in a marital relationship for five years before they split up.

Where Is Dave Stewart’s Ex-Wife Now?

As already mentioned above, Pamela is a person of privacy. She rarely appears on any social media platforms and remains out of the limelight. However, following her divorce from Dave, the nurse dated another celebrity, an English folk singer named Barry Dransfield.

Pam and Barry moved in and started living together in a flat. Regardless, there seems to be no news about Dave’s former spouse after that. Moreover, we couldn’t confirm their current relationship status. Hopefully, we will get to know about Dave Stewarts’s ex-wife’s whereabouts in the future.

Meanwhile, Dave went on to marry former Bananarama member Siobhan Fahey and welcomed two sons, Sam Stewart and Django Stewart, with her. After a few years, the Stewart-Fahey couple split up. The English singer then married Dutch photographer Anoushka Fisz and became a dad of two daughters, Kaya Stewart and Indya Stewart.