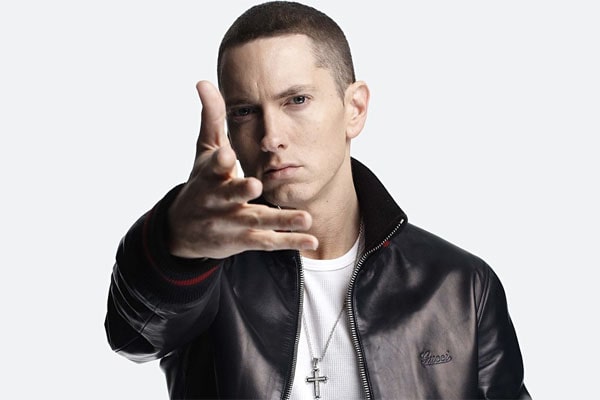 Eminem's brother, Michael Mathers is not a familiar person in the limelight. Image Source: Flickr.

Michael Mathers is well-known as Eminem‘s brother in the limelight. He is Bruce Mathers‘ second child with his other baby mama. Michael also has a sister named Sarah Mathers, who found out about being related to Eminem in 2005. Well, not many people know where Michael is and what he does for a living.

As for Eminem, he is Bruce Mathers’ son with Debbie Mathers. But Bruce left him and his mother and moved to California later on and had Michael and Sarah. Well, coming back to the title, let us not waste any further time and get straight down to know more about Eminem’s brother, Michael Mathers.

Eminem’s brother, Michael Mathers, could not have a good relationship with him. Since the rapper has always had problems with his family members, he apparently has an ice-cold relationship with most of them and keeps avoiding them. Similarly, no such news about Eminem, contacting his half-siblings, has been a headline over the past years.

But some sources stated that after Sarah found out that she was the biological sister of Eminem. Their dad saw the resemblance between Eminem and Michael and did not brush it off. To confirm, Bruce called his great aunt, Edna, who had helped look after Eminem before his split from his ex-wife. And it was confirmed that they are indeed related.

So Michael and Sarah tried many times to get in touch with him. Not only that, but Michael also tried his best to meet him at a concert; sadly, the efforts went in vain. Furthermore, Michael and his sister went to one of his concerts to try and meet him. But it was also unsuccessful.

But Eminem is close with his other half-brother, Nathan Mathers. Well, he is Debbie Mathers’ son with her baby father, Fred Samara Jr. Eminem had the legal custody of his younger brother. Nathan is an actor well-known for the movie, Devil’s Night: Dawn of the Nain Rouge. He also had changed his name from Nathan Kane Samara to Nathan Kane Mathers.

Going through Eminems’ Instagram profile, he never posts his family’s photos as well. The rapper seems to be okay, living far away from them. But what we do hope is to see Eminem getting united with his half-siblings in the future.

Where Is Michael Mathers Right Now?

Since Michael Mather is just famous as Eminem’s brother, no one knows exactly where he is at the moment. He is a complete stranger in the media and spotlight. Who knows, he might be living a subtle somewhere happily with his family.

We are not sure about his relationship with Eminem, but he probably has a close bond with his sister, Sarah. The two tend to be very private and secretive about their personal life. But we do know that Michael’s sister worked as a waitress in California in 2005.

So, Eminem’s brother, Michael Mathers, is perhaps happy with his subtle life. If things favor Michael’s wish to meet his brother, we could see them together in the upcoming years.