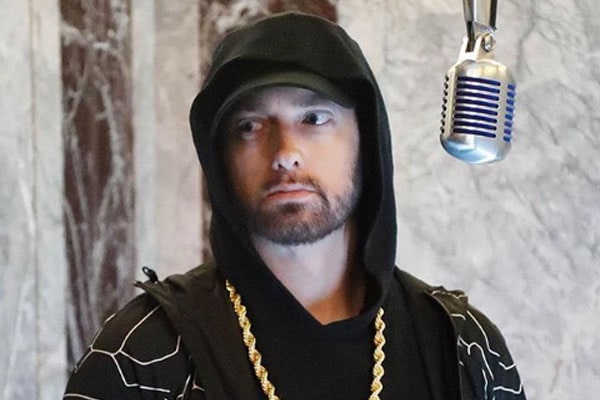 Sarah Mathers is Eminem's sister and she found out that Eminem was her brother in 2005. Image Source: eminem/Instagram.

Marshall Bruce Mathers III, professionally known as Eminem, is one of the greatest rappers, songwriter, and record producer. Going through his personal life, he has a half-sister named Sarah Mathers. She is Bruce Mathers‘ daughter with his second wife.

Furthermore, Sarah Mathers also has a brother named Michael Mathers. Even if Sarah is famous as Eminem’s sister, not many people know about her. Similarly, she is not a familiar face to see that often in the limelight.

Well, Sarah Mathers and her personal life have been a question mark in the media and the world. But we might know some of the things that you had never heard before. So, let’s get right into it.

Sarah Mathers Discovered Eminem Was Her Brother In 2005

Sarah Mathers was shocked when she discovered that Eminem was her brother in 2005. Their father, Bruce Mathers, was in a relationship with Debbie Mathers. They are Eminem’s parents. But Bruce then left the family and moved to California and had two children; Michael and Sarah with his baby mama.

Eminem’s sister had no idea that she was related to the famous rapper until 2005. She also said,

“I’d known all my life that I had another brother, but Eminem? They’d got to be kidding. I giggled at the thought of it, then went back to join the rest of my family.”

When Sarah’s father saw the resemblance between Michael and Eminem, he phoned his great aunt, Edna, if he was Marshall Mathers. Edna, who helped look after Eminem when he was a child, told him he was Marshall only.

Some sources said that she worked as a waitress. Plus, she also tried to get in touch with him. Not only her but also her brother, Michael, had been trying to contact Eminem.

It was allegedly said that the two siblings went to Eminem’s concert in California and managed to go backstage. Sarah and Michael were convinced that Eminem had seen them through the window, but they didn’t try to go out to see him.

Eminem never met his half-siblings since his dad abandoned him when he was just six months old. He also wrote letters to his dad, but it all came back marked “return to sender.” So, Bruce avoiding Eminem in the past came around him and his children.

There is no such news about the rapper contacting his family members as well. But we do hope to see Eminem, reuniting with his half-sister and half-brother.

Sarah Mathers is just famous as Eminem’s sister in the limelight, nothing more than that. As stated above, she used to work as a waitress in California in 2005. But it’s hard to tell if she is still a waitress or not because of her subtle and quiet life.

Perhaps Sarah Mathers is happy with her quiet life and might be waiting to meet her brother still. We assume she has settled her married life and is doing a regular job like any other person.

However, there is a person who goes by the same name. And once a person commented on her YouTube video saying how often she gets asked about Eminem. The chances are she could be or also not be Eminem’s sister.

So, Eminem’s sister might be out there living a low-profile life right now. Furthermore, it looks like she is desperately waiting just to meet her half-brother someday sooner or later.