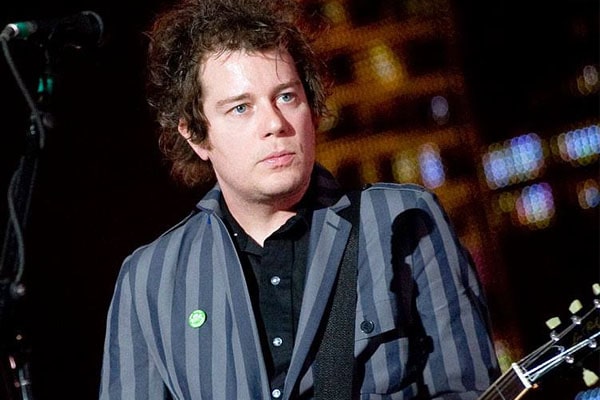 Janna Rollins is the long-time wife of the notorious American musician and singer Jason White. Her husband, Jason, is best recognized for his work as a touring guitarist with the punk rock band Green Day.

While Jason White is achieving massive success in the American music industry with his bandmates, Mike Dirnt, Tre Cool, and Billie Joe Armstrong, his fans are showing interest in his personal life as well, including his wife, Janna.

So, here, let’s get a closer look at the musician Jason White’s wife, Janna Rollins, and the pair’s blissful married life.

Married To Jason White Since 2005

The member of several Green Day side projects, Jason White officially made Janna Rollins his wife on 19 February 2005. Reportedly, their wedding ceremony took place in the Lafayette Building at Little Rock in the presence of their close friends and family members. Rev. Larry Smith of Arkansas officiated their marriage.

The daughter of Calvin Rollins and Nancy Rollins, Janna, looked stunning in white lace, halter-style dress with a hot pink sash on her big day. Moreover, her backless dress, custom-made in China, was highlighted with seed pearls and sequins.

The marriage of Jason White and Janna Rollins crossed fifteen years in February 2021. But still, the love, support, and understanding between this beautiful couple are as strong as it was in the beginning.

Moreover, the presence of their son, Sonny White, in their life has added more closeness to their relationship.

A Doting Mom To A Son With Jason White

As hinted above, Jason White’s wife, Janna Rollins, is raising a son named Sonny White with him. The good-looking husband-wife duo, Janna and Jason, welcomed their only child, Sonny, on 1 February 2013. Green Day’s lead vocalist, Billie Joe Armstrong’s wife, Adrienne Armstrong, had announced the news of the arrival of Jason White’s son, congratulating Jason and Janna, via a tweet.

Secretive Jason White and his wife, Janna Rollins, seem to prefer to keep their child far from the reach of unnecessary media dramas. So, they have not revealed any pictures or details of their boy in public. But, we hope they will disclose some details on him and let their fans have a glimpse of young Jason White shortly.

Despite being a wife of a famed musician, Jason White’s partner, Janna Rollins, maintains a private life. She rarely accompanies her celebrity husband on the red carpet events or appears on her man’s social media posts. Moreover, she does not seem to be available on any of the social networking handles at the moment.

The only time Janna Rollins presented herself on media was to post an update about her husband, Jason White’s cancer on Green Day Community some years back. Her beloved spouse, Jason, was diagnosed with tonsil cancer in 2014, which has since been cured.

However, one online source unintentionally misled White’s fans by reporting that he had esophagus cancer. So, Janna came to the media to clarify Jason’s real illness.

So, besides the fact that Janna Rollins is Jason White’s wife and a mother to his son, other details on her are not available for the public. But, hopefully, we will get to know more about Mrs. White in the upcoming days.