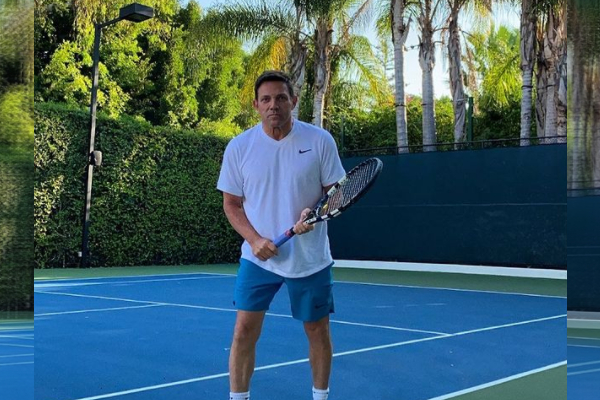 Jordan Ross Belfort is an American author, former stockbroker, and motivational speaker. He was a convicted felon when he pleaded guilty to fraud and related crimes regarding stock-market manipulation and scam. He published the memoir The Wolf of Wall Street which was adapted into a film.

Belfort is enjoying a successful career and a beautiful relationship with his current girlfriend, Cristina Invernizzi. However, Belfort was once married to a woman named Denise Lombardo and shared a brief marriage. Well, Jordan is a known name in the entertainment world, but Denise is scarce. Therefore, here is everything you need to know about Jordan Belfort’s ex-wife, Denise Lombardo.

Aforementioned, Jordan Belfort’s ex-wife, Denise Lombardo, is living away from the media scrutiny, but upon more digging, we found nothing but more confusion. However, Denise seems to be progressing professionally as a real estate agent. She has been working with the Prudential Douglas Elliman as a licensed real estate agent since October 2010.

Before initiating a journey to the real estate world, Denise Lombardo worked as the flooring specialist for Home Depot in the early 2000s. Likewise, she also worked for Smith & Nephew for a couple of years in July 2006.

The Towson University graduate in Business Administration worked in the sales department of Modern Medical Systems Company for seven years. Despite accumulating fame from her marriage with Jordan, Denise decided to live away from the media approach. She further refrained from appearing on social media.

This is precisely why several sites like Just Richest, Biography Tribune, etc., confused her business administration degree with science. There is no way of knowing without Jordan Belfort’s ex-wife, Denise Lombardo decides to come out on media and identifies herself.

Divorced After 6 Years Of Marriage

The former pair, Denise Lombardo and Jordan Belfort were married briefly back in the mid-80s. Unfortunately, the couple parted ways after six years of marriage. The duo never disclosed their relationship details, not until Belfort’s memoir was released in 2013.

Moreover, Jordan was portrayed by Leonardo DiCaprio while his partner, Denise, was played by Cristin Milioti. Their marriage must have been exciting and stressful at the same time. The Alpha Omicron Pi fraternity member and Belfort’s ex-wife, Denise, has been practicing strict privacy ever since.

The former couple, Denise and Jordan, divorced while he was running the Stratton Oakmont business. Well, there isn’t much on the former duo’s relationship, but according to rumors, the couple’s marriage ended because of Belfort’s extra-marital affair with Nadine Cardi.

Sadly, there isn’t much on Denise’s marriage with Jordan, and she’s kept her personal life confidential. Furthermore, her ex-husband moved on thrice since their divorce, but we haven’t heard about her marriage except, according to Naibuzz and other sources, she remarried a man named Mlady.

As mentioned earlier, Jordan Belfort’s ex-wife, Denise Lombardo, is away from any form of social media. Therefore, we can only hope for her to come forth to the public and reveal her identity. Until then, let’s respect her privacy and enjoy hearing Jordan’s podcasts.