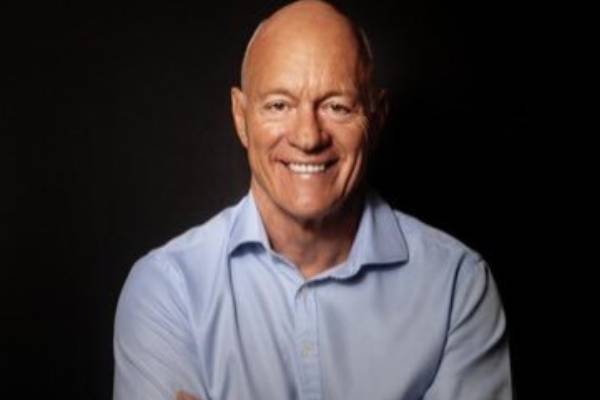 Damian McKinney and Katie Hopkins were married for three years, from 2004 to 2007. The former couple together had two daughters, whom they raised with good understanding and immense love. Damian is widely recognized as the media personality, Katie Hopkins’s ex-husband.

Stay with us until the end to learn more about Damian and his whereabouts.

Has Two Daughters From The Second Marriage

As stated earlier, Damian McKinney was married to Katie Hopkins. The ex-pair tied the knot in September 2004. Before tying the knot with Katie, he was previously married to Tina McKinney for 19 years.

Damian and Katie were married for three years, and in those years of togetherness, the ex-duo welcomed two daughters. Their children India McKinney and Poppy McKinney, were born some years apart.

McKinney reportedly left his second wife, Hopkins, and kids two days after Poppy was born. However, he was present for the birth and left her for another woman. Damian McKinney’s former wife, Katie, has claimed that she and her daughter have never seen or spoken to him again.

One of His Daughters Has Severe Autism

As mentioned earlier, Katie Hopkins’s former husband, Damian McKinney, has two daughters with her. In 2015, Damian’s former wife, Katie, revealed that while she was eight months pregnant with their second daughter, the doctors had advised her to terminate the pregnancy after discovering some complications.

Furthermore, Hopkins stated that she did not have the courage to do so and continued with the pregnancy. Before opening up about her daughter’s situation in front of the media, Damian McKinney’s ex-partner, Katie, had attacked a nine-year-old autistic girl on Twitter. When she was asked about the situation, she stated that she also has an autistic daughter.

However, it is not revealed which of Damian McKinney’s daughters has autism.

Katie Hopkins’s Ex-husband Is A Businessman

Katie Hopkins’s former spouse is a millionaire businessman who has earned such an immense fortune from several business adventures. Damian McKinney attended the London Business School from 1981 to 1984. He founded the global consultancy McKinney Rogers in 1999.

Before founding the company, he worked as a military leader in the Royal Marine Commandos.

Katie’s former husband, Damian, sold his company in 2017. After that, in October 2020, the International spirits company appointed him as its new global CEO. He seems to be doing great in his profession.

As stated earlier, Damian McKinney was married to Tina McKinney for 19 years. They met when she was still in school, and he was at the Royal Marines Commando Training Center at nearby Lympstone Barracks.

Tina and Damian dated for a while and tied the knot after he graduated in 1984. Then, together they welcomed three kids, Alexander McKinney or Alex McKinney, Flora McKinney or Flo McKinney, and Charlotte McKinney.

Moreover, on Facebook, Damian has also has mentioned another daughter named Charlie O’Rourke. They all were living a happy life until Damian left his loving family for Katie. McKinney and his first wife’s divorce was finalized in May 2003.

Years after the affair and subsequent divorce, Tina expressed her pain after her former husband left her for Katie. In an interview from 2007, she described her marriage with Damian and their marital life. She also revealed that while the incident itself caused a lot of pain, Hopkins’ inability to be ashamed of her actions was the final blow for her.

Similarly, Damian’s daughter, Charlotte McKinney, also mentioned that her world was turned upside down by her father’s affair. She stated that the stress drove her to become anorexic. Despite all this, the family has moved on with their respective lives and is staying away from the spotlight.

Has Two Other Kids From Present Relationship

As mentioned earlier, Katie Hopkins’s ex-husband, Damian McKinney, left her for his new partner. Going through his Facebook, we can see that he enjoys a blissful marital life with a woman named Krissi McKinney or Kristina McKinney.

Whether Kristina is the same person Damian left Katie for is unclear. However, McKinney is happy with his current wife, and they together have a son, Benjamin McKinney, and a daughter, Sophia McKinney.

Furthermore, Damian McKinney’s ex-wife, Katie, also moved on and got married to Mark Cross. They have welcomed a son named Maximillian William Cross.

Despite the complications regarding his romantic life, Katie Hopkins’s former partner, Damian McKinney, must be doing great for himself and must be living a great life.

Here’s hoping to learn more about him in the future.