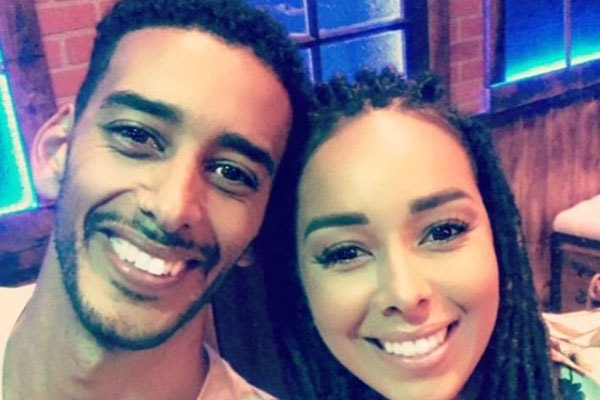 Gloria Govan’s brother Lonnie Govan was born on the 4h of June 1984 to Gloria Govan-Mendoza and her husband. He is the cool uncle to his nephews, Isaiah Michael Barnes and Carter Kelly Barnes, Gloria Govan’s twin children with ex-husband Matt Barnes.

Lonnie Govan, Soon To Be A Father

The 34-year-old Lonnie Govan is about to be a father as his girlfriend, Jennifer is pregnant with a baby boy. Lonnie has got an Instagram account under the name “lonniegovan” but for some reason doesn’t seem to be that much active on it. Well, his sister and beau posts plenty of photos of his. Just a couple of months ago, Lonnie’s sister Gloria uploaded a series of pictures on her Instagram profile celebrating a baby shower for the upcoming baby and Lonnie seemed pretty delighted to be welcoming his young one.

Let’s hope that Laura Govan’s brother Lonnie will announce the news of his son’s arrival. There is no any confirmation whether Lonnie and his girlfriend Jennifer is married or not but what we know is that the lovely pair is so in love with one another. Lonnie Govan’s girlfriend Jennifer posts a lot of pictures of the couple having fun together.

Not So Good Relationship With Laura Govan

There is a beautiful bond between Lonnie and his small sister Gloria. But when it comes with Laura, the brother-sister duo don’t seem to go pretty well. And the reason behind that is Gilbert Arenas, Laura Govan’s ex-husband, and former basketball player. Laura believes that her sister Gloria has slept with her former husband Gilbert, which Gloria and Gilbert have denied many times in the past.

And in all this, Lonnie seems to be supporting his sister Gloria. As stated earlier, Gloria Govan has got a lovely relationship with her big brother Lonnie. Plus it seems that they have a lot of fun moments when they are around one another.