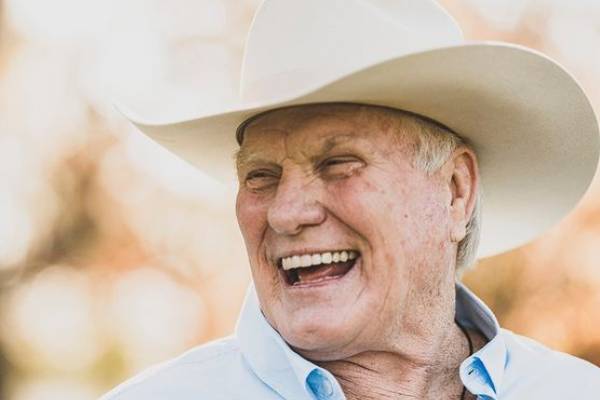 We are all familiar with the former professional football quarterback Terry Bradshaw who played for the National Football League’s Pittsburgh Steelers. Additionally, as a television sports analyst and co-host of Fox NFL Sunday, his work has also been widely covered in the media.

However, apart from his successful career, Terry has been dragged in the limelight for his troubled and agonizing lovelife, the first of which must have begun with his marriage to Melissa Babish, Miss Teenage America 1969.

Still, after parting ways with Bradshaw in 1974, Melissa has remained out of the limelight. So, naturally, many people are curious about Terry Bradshaw’s first wife’s whereabouts.

So, let’s look at this article to learn about what Melissa has been up to at present. Moreover, let’s find out if Terry Bradshaw’s ex-wife ever remarried or had any children of her own.

Being a successful athlete generally entails a rise in popularity, which leads to further benefits. And one of them is attracting gorgeous women. Similarly, Terry Bradshaw, a former NFL player, received a swarm of texts from women shortly after being drafted into the league. And one such occasion, Melissa Babish was eventually introduced to him by one of the ladies he previously dated.

And whether it was because of the players’ fame and fortune or because she liked his rough personality, Melissa began dating Terry. A sports hero and a beauty queen must have seemed like a match made in heaven, and the two quickly became a power couple.

The relationship progressed to the next stage quickly, and Melissa and Terry tied the knot in 1972. They lived on a farm with a tin roof and tin sliding around the bottom, according to Bradhshaw’s book It’s Only A Game. So it’s safe to assume that the former pair were not in the best of circumstances at the time.

Well, for better or worse, the situation between the ex-couple only became bleaker. While there must have been a spark in their relationship at the start, the pair quickly realized they didn’t belong together. So, after only 18 months of marriage, the former couple chose to split, and by 1974, they were divorced.

Nonetheless, as the decision to split was mutual, we may presume that the two have no ill blood and have moved on with their lives.

Does The Former Pair Have Any Child Together?

The saying “success breeds success” is well-known for a reason. And for that reason, when the power couple married in 1972, many people expected their union to last a long time and produce offspring who would carry on their legacy.

However, proving many people wrong, Terry and Melissa’s marriage was short-lived, and they never had a child together. Furthermore, because Bradshaw’s ex-wife has remained out of the spotlight, it’s impossible to determine whether she has remarried or given birth to any children after her divorce from the former footballer.

Still, we hope that as time progresses, Terry Bradshaw’s ex-wife will become more comfortable with disclosing some, if not all, of the specifics of her personal life.

Despite being Miss Teenage America 1969, Melissa is most remembered as the first spouse of renowned footballer Terry Bradshaw. However, ever since the divorce, Bradshaw’s ex-wife has kept a low profile. Moreover, she has not made any media appearances following her split with the former NFL superstar.

Consequently, Melissa’s whereabout at the present moment remains a mystery. Furthermore, Babish is not particularly active on social media. Therefore, whether or not the beauty pageant queen ever married again is unclear.

Regardless of whether Terry Bradshaw’s ex-spouse married or not, he has moved on and has married three women since Melissa. Three years after his first divorce, Terry remarried Alicia Starbuck, an American figure skater, in 1976. Their marriage, however, did not stand the test of time, and they divorced in 1983.

Terry Bradshaw then married Charla Hopkins, a.k.a Charlotte Hopkins, his family attorney, in 1983. Even though they had known each other for a long time before exchanging wedding vows, their marriage did not work out, and the now-divorced pair called it quits in 1999 after nearly 16 years of marriage.

While dealing with the aftermath of his third failed marriage, he met Tammy Bradshaw, a former model. The pair married on July 8, 2014, after dating for over a decade. They have now been together for almost 15 years.

Well, we hope Melissa has moved on as well, but she is keeping her personal life out of the public. As a result, we might have to wait a while to find out if Terry Bradshaw’s ex-wife remarried.