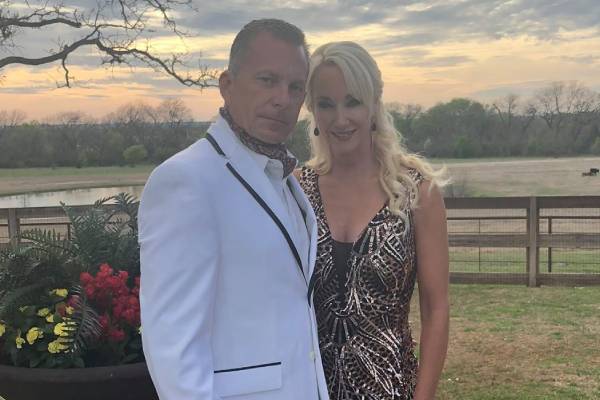 Terry Bradshaw is a former professional football quarterback who played for the National Football League’s Pittsburgh Steelers. At present, he works as a sports analyst on television and as the co-host of Fox NFL Sunday. Additionally, Bradshaw is also a singer and actor who has been in several television shows and films.

With his rising fame, many people are curious about his details, especially his lovelife. It is no secret that Terry’s romantic life has had its ups and downs. Furthermore, he has been married four times, so it is only natural for people to become intrigued by his personal life.

Thus, in this article, learn in detail about one of Terry Bradshaw’s ex-wives, Charlotte Hopkins, and see what went wrong in their marriage.

Is A Lawyer And Author

Terry Bradshaw’s ex-wife has made a name for herself as a formidable family attorney, and she has spent many years at KoonsFuller Family Law. As an attorney, Charlotte primarily resolves issues regarding property partition, divorce, child custody, paternity, and prenuptial agreements concerns.

With decades of experience, Hopkins has appeared in publications such as Lantana Living and ARGYLE Living. Moreover, Charlotte has also appeared on NBC5-TV in Fort Worth to discuss her pivotal part in thwarting international kidnapping plots.

In addition, the attorney is outspoken on the advantages and disadvantages of nesting, a practice in which parents alternate living with their children in the marital home during the divorce process. While Charlotte’s career as an attorney has garnered her much respect, she has not limited herself to one profession and has also penned down a handful of books.

Charlotte co-wrote Protecting Your Assets From A Texas Divorce with KoonsFuller CEO Ike Vanden Eykel and Managing Shareholders Rick Robertson and Heather King. She also co-wrote the book ‘Divorced or Single? Doing the Cupid Shuffle When Your Dance Card is Empty: Suggestions from a Family Law Attorney and a Therapist.’

Thus, it is evident that Hopkins’ career is on the rise. So, let’s hope Bradshaw’s ex-partner continues to excel at what she does best.

We can all agree that Terry’s marital life has been riddled with issues, and he has had difficulty settling down with the right person. In 1972, he married Melissa Babish, Miss Teenage America, but the marriage lasted only two years, and they divorced in 1974.

After his first divorce, Terry moved on with American figure skater Alicia Starbuck. Alicia and Terry exchanged wedding vows in 1976. But, unfortunately, their marriage did not endure the test of time, and they divorced in 1983.

In 1983, Terry Bradshaw married Charla Hopkins, his family’s attorney. Terry has known Charla for a long time and even dated her briefly before breaking up for the first time. Nonetheless, the former pair was not ready to give up on their relationship and decided to give love one more chance. Yet the now-divorced couple called it quits after nearly 16 years of marriage in 1999.

However, the reason for their separation remains a topic of mystery in the media. Nonetheless, while Terry Bradshaw’s ex-wife has remained tight-lipped about the split, the former footballer has confessed that he struggled to recover from his third divorce and was clinically depressed for a long time.

Despite this, he met Tammy Bradshaw, a former model, while seeking therapy for his mental health. The couple married on July 8, 2014, and have now been together for almost 15 years.

Has Two Kids From Her Previous Marriage

While Charla and Terry’s decades-long marriage did not work out, their time together was not entirely unfruitful. The former pair were blessed with two daughters Rachel Bradshaw and Erin Bradshaw, who are incredibly close to their parents.

Rachel, Hopkins’ eldest daughter, was born on May 13, 1987, and has grown up to become a well-known singer-songwriter and a member of the Nashville-based band Stella/James. Similarly, Erin, her younger daughter, has made a name for herself as a World Champion Equestrian.

Terry Bradshaw’s ex-wife is very close to her girls, and her Instagram feed is filled with pictures of them, with the proud mother praising and admiring them for their achievements. Similarly, Hopkins’ daughters are also close with their father and frequently appear on The Bradshaw Bunch, his reality show.

Well, let us hope that we get to see more of the Bradshaw siblings in the near future and that their relationship with their parents will continue to bloom as time passes.

Charlotte Has Moved On With A New Partner

It is undeniable that making a marriage work in real life is complicated. And, as harsh as it may seem, not all marriages are destined to succeed. There are, however, times when a second marriage is well worth the effort, and Terry’s ex-wife is a clear example of it.

Following her divorce from Terry, Charlotte married Rick Hagen, Senior Partner at Jackson & Hagen, on July 29, 2012. Rick worked as a legislative assistant for State Representative Jim Horn and is a former attorney and prosecutor. Hopkins herself was an attorney, so the love-smitten couple must have bonded through their shared passion for the law.

However, the married couple wants to keep their personal life away from the spotlight and prefer a private lifestyle. Despite this, the couple can be seen engaging in enjoyable activities and traveling to various locations. Furthermore, like Charlotte, Rick has two children from a previous marriage, and Charlotte is close to his kids.

Charla and Nick have now been happily married for nine years. Currently, they are living a satisfying life with each other. We wish the couple eternal happiness and hope that they enjoy more pleasures in the future.