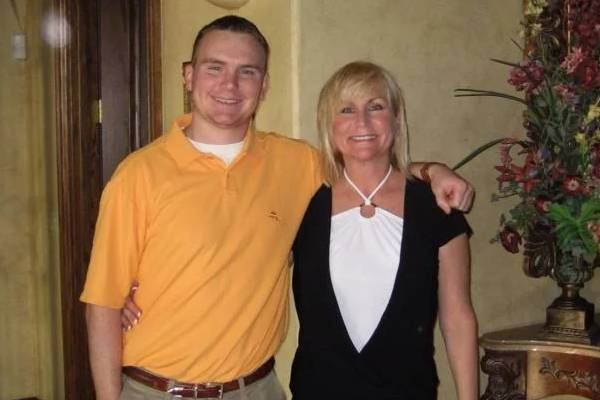 Mike Zimmer's Wife, Vikki Zimmer passed away when she was only 50. Image Source: The Mike Zimmer Foundation.

Michael Zimmer is a well-known football coach who led the National Football League’s Minnesota Vikings from 2014 to 2021. Mike Zimmer has made headlines on many occasions. Among them is when the Vikings fired him and general manager Rick Spielman after eight seasons, a day after the team’s season-ending 31-17 victory over the Chicago Bears.

Moreover, rumors about Zimmer going out with a model, athlete, and entrepreneur Katarina Elizabeth has circulated for a while. While the former head coach is starting a new relationship with the model, he was previously married to his college girlfriend till death took her away from him.

However, as the football coach rarely speaks about his first love, the general public might be oblivious of her. So, let us learn a few things about Mike Zimmer’s wife, Vikki Zimmer, in this article.

Mike Zimmer and his late spouse, Vikki Black, first met at Weber State University in Utah. The former Vikings’ head coach worked as an assistant coach and met her while jogging on the same track. Mike Zimmer’s wife was a former Miss Weber State winner and dancer.

While football was not Vikki’s forte, she could not help but feel attracted to the rugged football coach. Likewise, Mike was smitten with her. The two once went to a party at Weber State, where the son of the then-head coach, Mike Price, assured his father that Zimmer would one day marry Vikki.

The college sweethearts exchanged wedding vows in 1982 in Ogden, Utah. The married couple kept their personal life away from the spotlight, so little has been revealed about their relationship.

Still, Mike and Vikki remained together until her untimely death, so it’s fair to assume that they had a great relationship altogether. The duo also welcomed two daughters and a son during their time together.

As mentioned above, Mike and Vikki tied the knot in 1982 and were together for 27 years. During their time together, Mike Zimmer’s spouse gave birth to three children. Their son, Adam Zimmer, was born on January 13, 1984, in Ogden, Utah. Adam attended the Heritage High School and played for the Trinity University Tigers football team as safety from 2002 to 2005.

Vikki Zimmer’s son knew that he wanted to carry on the Zimmer family tradition and become a football coach from a young age. The athlete got his first coaching job as an assistant linebackers coach with the New Orleans Saints in 2006. Adam then became the Minnesota Vikings‘ co-defensive coordinator and linebackers coach in the National Football League. Unfortunately, Adam passed away in November 2022. He was only thirty-eight.

Mike and Vikki also have two daughters, Corri Zimmer and Marki Zimmer. The daughters share a great bond with Mike and support his career choices.

Corri Zimmer White graduated from Texas State University with a degree in Mass Communication/Media Studies in 2013. Mike’s daughter worked in the producer’s department at NFL Films for over a year. She presently serves as the executive director in The Mike Zimmer Foundation.

Unlike her siblings, Marki keeps a low profile and prefers to stay away from the limelight. However, sources claim that she moved back with her dad after Vikki passed away.

So, let us wish Mike Zimmer’s children well for the time being and hope that they find success in all of their ventures.

On October 8, 2009, Vikki passed away unexpectedly in her Ohio home at 50. Vikki Zimmer’s husband found her unresponsive after coming home from practice that night. The Hamilton County Coroner reported that she died of natural causes.

Zimmer’s funeral service took place at Holy Cross Immaculata Church in Cincinnati, Ohio. Friends, family, and several Bengals players and coaches attended the service to give her a final goodbye.

Three days after Vikki’s death, Mike led the Cincinnati Bengals to the franchise’s biggest win in years. The football coach wept as he remembered his wife and shared great words about her kindness following the triumph. Fortunately, he found solace in training and, despite his loneliness, always found something for which to be grateful.

Likewise, Mike Zimmer’s wife was a doting mother to her kids, so her death must have left many scars on her children. Still, they keep her memory alive by helping those in need through The Mike Zimmer Foundation. The foundation was established in honor of Vikki Zimmer by the former head coach and his family to improve the lives of children in need.

By now, the family has assisted many in pursuing their dreams, promoting a healthy and active lifestyle. So let us hope that the Zimmer family continues to do good deeds that Mike Zimmer’s wife would be proud of.