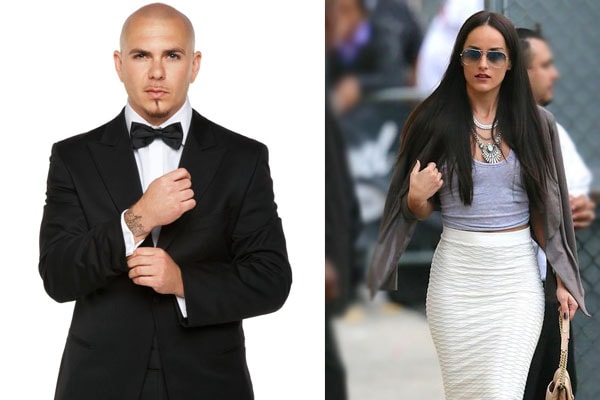 A lot of people have heard of Pitbull, aka Mr. Worldwide, and his songs, and we believe that this guy doesn’t need that much introduction. Pitbull is possibly single or as his slogan goes ‘single, bilingual and ready to mingle!'”. Not everyone knows, but Pitbull was once in a relationship with his ex-girlfriend and baby mama, Barbara Alba.

An interesting fact about the singer Pitbull is, he was kicked out of the house when he was 16. Pitbull’s mother, Alysha Acosta, kicked him out because he too started getting involved in drug dealing and start following his father’s footsteps.

Pitbull and his baby mama, Barbara, were in a relationship for over ten years. The two broke up with each other in 2011. Any pieces of information regarding when and how they hooked up is unknown. The pair together has two children, daughter Destiny Perez and a son named Bryce Perez.

Pitbull’s ex-girlfriend and baby mama Barbara Alba gave birth to their first child, Destiny Perez, on the 15th of August, 2002, whereas Bryce was born in 2003. As mentioned above, the rapper, Pitbull, still has no wife but has got other children with his other partners too.

Pitbull hardly makes any comments when asked about his kids and love-life and tends to stay mute. Pitbull even has his son’s face on his right arm. For the time being, the name of Bryce’s mother is a mystery.

According to the Miami Herald, Pitbull’s ex-girlfriend Barbara Alba was receiving $3000 per month to cover child support without any formal court order. And later on, the baby mama of Pitbull, Barbara, hired lawyer Jason Setchen to raise the money. She did it because Pitbull was gaining fame and popularity, and he had a massive rise in his net worth.

The things were sorted out amicably. Even the attorney of Barbara, Jason, complimented Pitbull stating Pitbull is a gentleman, and this was resolved affably. Despite not being together, the ex-pair is still in the joint tutelage of their children.

Destiny Perez’s mother, Barbara Alba, doesn’t have any social media accounts and tends to stay away from the media limelight. She is perhaps living a very subtle and low-key life at the moment. She probably prevents herself from showing up in the public and media. So the details about where she is and what she is doing are yet to be known.

Similarly, Pitbull has not spoken anything about his baby mama to the media. He is notoriously quiet when it comes to his love-life and affairs. And he barely posts his children’s photos on his Instagram. It looks like he does not want to create a fuss. Likewise, no one knows who took the responsibility to take care of Pitbull’s children.

Nevertheless, Barbara Alba seems to have no interest in being a part of the showbiz industry. Rather than that, she looks to be happy with her subtle life and how it has been going.