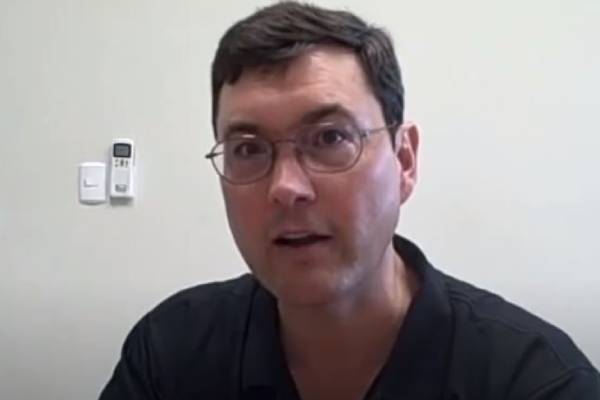 Robert Nutting is a well-known businessman who is also the principal owner and chairman of the board of the Major League Baseball (MLB) team Pittsburgh Pirates. He also serves as the CEO and president of his family business, Ogden Newspapers Inc. The American businessman has made quite a name for himself in the business and sports world.

With that being said about his professional career, Robert is a family guy. He is happily married to his spouse of long-time Leslie Nutting. However, his secretive nature has resulted in the disclosure of very little information about her. Thus, in this article, let’s learn in detail about Robert Nutting’s wife, Leslie Nutting, and her whereabouts.

As mentioned earlier, Leslie Nutting is Robert Nutting’s partner, who is the principal owner of the Pittsburgh Pirates. The famous couple has, however, kept most of the details regarding their marriage a secret. Hence, it remains unclear when the duo tied the knot. Furthermore, the pair’s dating history also remains a mystery.

The married duo might be enjoying a plentiful time together away from the media scrutiny. Furthermore, Robert Nutting’s spouse gave birth to their three girls, Cameron Nutting, Taylor Nutting, and Lachlan Nutting, born in 1990, 1992, and 1997. One of the pair’s daughters is Cameron Nutting Williams, who works as the Chief Revenue Officer of Ogden Newspapers. The three of them were raised away from the limelight. Plus, the media also has not caught sight of Leslie and her three children with her businessman husband.

Robert Nutting’s Wife Is A Painter

The Pittsburgh Pirates owner has made a good name for himself in the business field. On the other hand, his partner seems to be doing well in a field different than his profession.

As per her website, Robert Nutting’s wife is a painter based in West Virginia. She mainly does oil painting, and as per her, it is a beautifully expressive medium that allows an abundant variety of visual effects. She explores the USA’s remaining wild places and is attracted to the vastness of the remote areas of the country, including trails and back roads that are closer to her home.

In her artworks, Leslie tries to bring a bit of solitude and wildness. Be it in the field or in the studio; she loves the physicality and adventure of painting. Several of the artist’s works have been listed on her website. Some of them are listed below:

Many of Leslie’s paintings must have been loved by people. She has featured several of her works in art galleries. She is also a member of Associated Artists of Pittsburgh, an associate member of the California Art Club, and the Portrait Society of America.

As we all know, Leslie Nutting’s husband, Robert, attended Williams College. But not many know about her educational background and other details. Also, did you know she is a Californian native?

Leslie was born Leslie Ganyard in California and has also lived in New Jersey, West Virginia, New Mexico, Washington DC, Massachusetts, Canada, and Hong Kong. Nutting also attended the same university as her husband. From there, she earned a BA degree in Asian Studies and History in 1985. So, could the couple have met in college?

After graduating, the painter worked in government service as a foreign affairs officer. This job provided her opportunities to travel to several places and explore them, which eventually became themes of her paintings. Furthermore, Leslie enrolled at the University of Pittsburgh and the Carnegie Museum of Art, where she studied art. Also, Robert Nutting’s wife, Leslie Ganyard Nutting, also went to the Academy of Art University, where she received an MFA in Painting in 2010.

Currently, Leslie resides in Wheeling, West Virginia, USA. The Nutting family is known for its business franchises. Her father-in-law, Ogden Nutting, is a businessman, and her mother-in-law, Betty Woods Nutting, is a historic building preserver. They both have received numerous honors for their works.

Leslie must be living a splendid life away from the media. Let’s hope she comes at ease to open up about herself in the near future. Hopefully, Robert Nutting’s wife becomes more successful in the coming days.