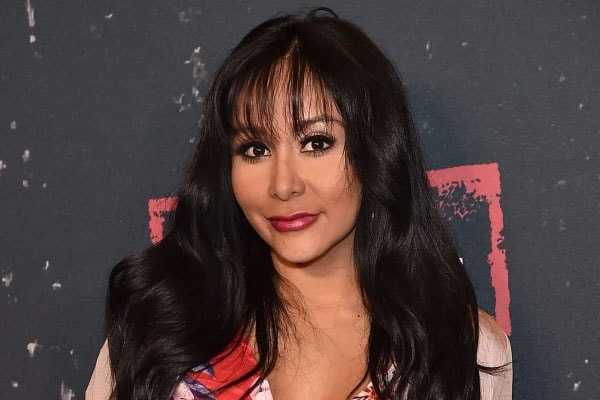 Jersey Shore's Snooki has an estimated net worth of $5 million

The Jersey Shore star Snooki‘s net worth is estimated to be at $5 million. Snooki earned most of her fortune by being a prominent cast member of the show Jersey Shore.

The gorgeous Snooki is married to her husband Jionni LaValle and lives in Florham Park. She is a proud mother of two children, Giovanna Marie LaValle, and Lorenzo Dominic Lavalle. And we bet both of her children must be very proud of Snooki for he achievement.

Nicole Elizabeth Polizzi aka Snooki’s net worth is estimated at $5 million. It is thanks to her appearance in the show Jersey Shore that Snooki is a millionaire. The reality show “Jersey Shore” first debuted in 2009 and became instantly popular mainly because of Snooki. The show had six seasons in total, and Snooki earned $150,000 per episode for the last two seasons. Plus she currently is in the newest edition of Jersey Shore, i.e., Jersey Shore Family Vacation and we are sure she takes home a considerable amount of money from that too.

Later on, Snooki was also featured in the spinoff of Jersey Shore called “Snooki and JWoww,” which lasted for four seasons. Almost all the cast members of Jersey Shore are millionaires. One of her fellow cast member and friend Pauly D has an estimated net worth of $25 million. It may take some time for Snooki to reach that level but we hope someday she will.

Apart from Jersey Shore and its spinoff, Snooki has also appeared on shows like The New Celebrity Apprentice and Dancing With the Stars.

Earning From Endorsements And Shop

Over the years, Snooki has done a lot of endorsements. She represents Patrick Hyland, Eddie Hyland, and Paul Hyland, the Irish boxing trio. Snooki’s partner in this thing is Papa Snooks. The mother of two has also written a book titled “A Shore Thing.”

Alongside her various endorsements, Snooki also owns a shop, “The Snooki Shop.” Her shop provides different products including tops, outwears, hats, shoes, and others. Here are some of the accessories along with their respective prices:

The money flowing in from all her different endeavors, no wonder the Jersey Shore Snooki’s net worth is estimated at $5 million.

After appearing in Jersey Shore, there has been a huge increment in the Net worth of Snooki.