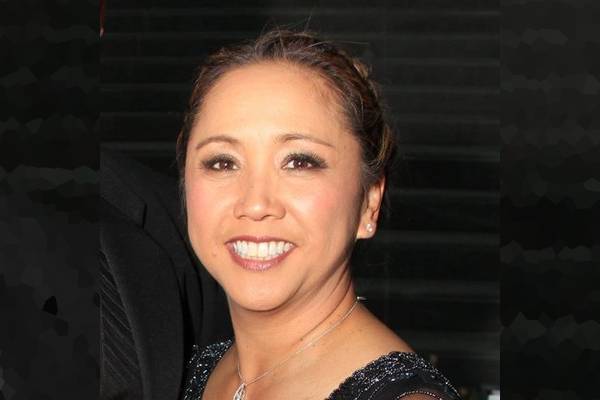 Ronald Eugene Rivera, also known as Ron Rivera, is the head coach of the National Football League (NFL) team, the Washington Football Team. Prior to that, he served as the head coach of the Carolina Panthers from 2011 to 2019. He has become NFL Coach of the Year twice in his professional coaching career. Ron is taken as one of the successful coaches in NFL history.

Ron’s personal life has seen no less success than his professional life. He has been married for several years to the love of his life, Stephanie Rivera. The couple has been each other’s greatest support since the day they got together and even welcomed two kids. Now, let’s learn in detail about Ron Rivera’s wife and their marital life.

Met At The University

As mentioned earlier, the Washington coach, Ron Rivera, shares a blissful marital life with Stephanie Rivera. The long-time married duo met for the first time in the summer of 1983 at the University of California, Berkeley. They noticed each other at a famous frozen yogurt hangout near the campus. At the time of their first encounter, Ron was a senior, while Stephanie was a sophomore point guard for the university’s basketball team.

After introducing himself to Stephanie and her friends, Ron found out that they were working that summer at a local basketball camp. He then challenged them to a pick-up game against him and his friends. Then, Stephanie and her group of friends met with Ron and his buddies on Monday, Tuesday, and Wednesday.

During their third meet, Ron mustered up the courage to ask her out on a date. The pair then began their relationship. Four months after dating each other, Stephanie Rivera’s husband, Ron, decided to take their relationship further and proposed to her. In 1984, the engaged duo eventually walked down the aisle, and since then, Ron and Stephanie have been gracefully enjoying their blissful marital life.

The married couple then welcomed two kids. Ron Rivera’s wife, Stephanie, gave birth to their first child, son Christopher Rivera in 1986. Then, in  1993, the pair welcomed their daughter, Courtney Rivera, who completed their family. Since then, the Rivera family has been living a wonderful life together.

Sports must have been the foremost reason that drew Ron and Stephanie together. While attending the University of California, Ron Rivera’s spouse played point guard for the university team. The couple even competed in pick-up games before they made their relationship official. However, Stephanie’s playing career was short-lived as she suffered a knee injury during her freshman year.

Stephanie graduated from the university with a psychology degree. Although her playing career ended shortly, she did not let go of her passion for basketball and instead pursued coaching. According to her, the injury didn’t help her playing career, but rather it fast-tracked her career as a coach.

In 2000, Ron Rivera’s spouse, Stephanie, began working as an assistant coach for the Washington Mystics. During the summer of that year, Ron’s wife was on an extended West Coast trip with the team and lived apart from her family. Later, she realized how much she had missed her family. Moreover, the pay she was receiving was nowhere near Ron’s NFL salary.

As a result, Stephanie decided to move with her husband wherever his team took him to. Moreover, in 2008 she joined the staff of the Cathedral Catholic High School, where her daughter was enrolled. Stephanie has coached at several levels, including high school, youth, college, and pros. In addition, she also serves as the Director of Operations and Chief Strategist for Rivera Corp.

As a basketball coach, Stephanie has not only gained significant fame but has also earned a considerable income.

Stephanie Is Of Philanthropic Nature

The NFL coach, Ron Rivera, and his wife are known for their philanthropic nature. They have worked with various charities for a long time now. In 2011, the couple had moved to North Carolina, and since then, they have been an active member of the community. They have assisted with fundraising efforts all year.

Moreover, Stephanie and her husband have also actively raised money to fight pancreatic cancer, which claimed her brother-in-law, Mickey Rivera‘s life in 2015. Ron himself was diagnosed with a form of cancer, squamous cell carcinoma in 2020.

Ron Rivera’s wife, Stephanie, is also known as “The Coach Behind the coach” for her contributions to his professional success. Her degree in psychology has assisted her to better relating to the players. Not only that, she has claimed that her coaching career has helped her relationship. Stephanie is able to talk like any other assistant coach who has no problem giving feedback.

Stephanie must be doing great for herself and might be in sound health. Nevertheless, let’s hope Ron’s spouse has a successful life ahead.