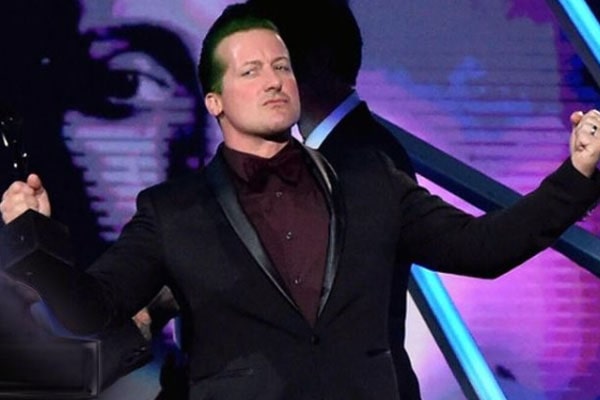 Tre Cool, best known as Green Day’s drummer, married three women in his lifetime, including Lisea Lyons. Lisea is the first wife of Tre Cool, whom he married after dating her for a couple of months. With the rising fame of Tre Cool, people are showing interest in his personal life, including his ex-wives.

So, here, we will be tailing Tre Cool’s ex-wife, Lisea Lyons, with whom he welcomed a daughter together.

Married To Tre Cool For A Year Only

Tre Cool took the wedding vows with beautiful Lisea Lyons in 1995, while he was gaining success and fame as the rock band Green Day’s drummer. Tre Cool was just gaining popularity when he wed Lyons, so their marriage was not reported by any media sources.

So, details on Tre Cool’s marriage with Lisea Lyons are not available to the public at the moment.

Like many other couples worldwide, the ex-pair Tre Cool and Lisea Lyons also could not protect their marital relationship for long. Various issues haunted their bond, and as a result, their marriage reportedly ended with a divorce in 1996.

After divorcing Lyons, Tre Cool married Claudia Suarez aka Claudia Wright in 2000, with whom he separated legally two years later in 2003. Currently, Cool is in a marital bond with Sara Rose Lipert.

However, after the divorce, Tre Cool’s ex-wife, Lisea Lyons, has vanished from the reach of the media people. So, it is still a mystery if she moved on in her life with a new man or is living a single life.

Welcomed A Daughter With Tre Cool

Though Tre Cool and Lisea Lyons’ togetherness as husband and wife did not last long, they welcomed a daughter while they were still married. Together, the former pair, Tre Cool and Lyons gave birth to a daughter, whom they named Ramona Isabel Wright, on 12 January 1995.

Reportedly, the arrival of his little girl, Ramona, made the Green Day drummer the first member of Green Day to be a father.

After the legal separation of Tre Cool and Lisea Lyons, their daughter, Ramona, lived with Lyons in Oakland, California, while Tre Cool paid for most of their expenses.

Currently, the ex-couple’s daughter is in a marital relationship with Luke Kelly. Both Lisea and Tre Cool were present on Ramona’s wedding day. But, sadly, unlike Tre Cool, his ex-spouse, Lisea, was not available in any of the photos shared by their family members.

Tre Cool’s ex-wife, Lisea Lyons, maintains a private life far from the reach of media paparazzi. It seems like Ramona’s mom prefers to live a peaceful life away from unnecessary media dramas. For that reason, despite being available on social networking handles, she has kept every one of them private.

Furthermore, a photographer based in New York is also named Lisea Lyons. Many have suggested that the talented photographer with an MFA from the San Francisco Art Institute is Tre Cool’s ex-wife. However, neither Tre nor Lisea have confirmed this news.

Nevertheless, we hope Lisea Lyons is enjoying her life wherever she is at the moment. Moreover, she might still be close with her former husband, Tre Cool. Hopefully, we will get to know more about Lyons’s whereabouts in the days to come.