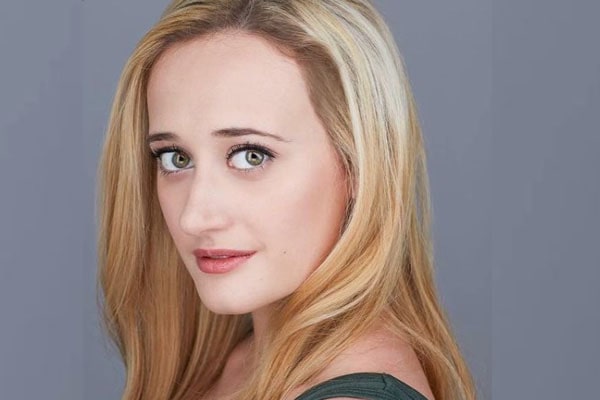 Ramona Isabel Wright is the daughter of the German-born American singer-songwriter Frank Edwin Wright III, famous by the stage name Tre Cool. The punk rock band Green Day’s drummer, Tre Cool, welcomed his child, Ramona Isabel, with his former wife, Lisea Lyons. The pair were in a marital relationship with each other for a year only.

Though Tre Cool seems to be close with his ex-wife, Lisea, after their secret divorce, he is still in good relation with his child, Ramona. Here, let’s find out some more about Tre Cool’s daughter, Ramona Isabel Wright, and what she does at the moment.

Only Child Of Tre Cool With His Ex-wife, Lisea Lyons

Ramona Isabel Wright is the only child of musician Tre Cool with his now-estranged wife, Lisea Lyons. Beautiful Ramona came into the life of Tre Cool and Lisea on 12 January 1995. Reportedly, the arrival of Ramona made Tre Cool the first member of Green Day to become a dad back then.

Growing up, Tre Cool’s daughter, Ramona Isabel, spend most of her childhood years with her mom, Lisea Lyons. She attended Hillcrest School, located in Oakland, California. Later, Ramona completed her high school at The Hewitt School.

Similarly, after graduating high school, Ramona Isabel earned her Bachelors of Arts in Liberal Arts and Sciences from PACE University. Also, Ramona’s Facebook page suggests that she studied at Brandeis University and is currently earning her Masters’ degree in Education at Baldwin Wallace University.

The grown-up daughter of Tre Cool, Ramona Isabel, has two half-siblings from her father’s marriage with two different women. After separating officially from Ramona’s mom, Lisea, Tre Cool married Claudia Wright aka Claudia Sofia Suarez in 2000, with whom he had a son, Frankito Wright. However, their marriage also ended with a divorce in 2003.

Since 2014, Ramona Isabel’s famous father, Tre Cool is in a marital relationship with Sara Rose Lipert. Together they welcomed their first child and Ramona’s other half-brother, Mickey Otis Wright, in 2018.

Tre Cool’s daughter, Ramona Isabelis Wright, has eight-plus years of serving as a childcare provider in the Greater New York City Area. As mentioned on her Linkedin page, she has experience taking care of children aged six months to 12 years old, including those with special needs. Her responsibilities as a childcare provider from 2010 to 2018 include picking up kids after school, scheduling playdates, making meals, and many more.

Moreover, Ramona also worked as an assistant to the Executive Director and as Operations Coordinator at The Time In Children’s Art Initiative for a year in the past. Also, she was an education intern at Mabel Barrett Fitzgerald Early Childhood Center for a month while enrolled in Brandeis University.

Besides, talented Ramona even has experience working as a volunteer. She volunteered at GO Project for a year and helped children from Kindergarten to 3rd grade on their studies.

Also, Ramona is a great dancer and an aspiring theater actress. As a dancer, she had participated in a couple of dancing competitions. Similarly, she used to perform in theaters with her friends in the past. However, it looks like Ramona has not been involved in dancing and acting at present. But, we hope she will give continuity to her passion and establish herself as a successful entertainment personality shortly.

The gorgeous daughter of Tre Cool with Lisea Lyons, Ramona Wright, is currently in a marital bond with Ohio-native Luke Kelly. According to the knot, Ramona exchanged her wedding vows with Luke on 10 July 2021. Their marriage ceremony took place at Tenk West Bank, Cleveland, Ohio. Moreover, Ramona’s youngest half-brother, Mickey, served as the ring bearer.

Furthermore, Ramona’s dad, Tre Cool, and her step-mom, Sara Rose, had announced the happy news of their sweet girl’s marriage on their respective Instagram page. The proud father, Tre Cool, looked happy while walking his big girl, Ramona, down the aisle. Also, he did a father-daughter dance on his girl’s big day.

Reportedly, Ramona met her love, Luke Kelly, in February 2015 in Mexico while she was there with her mom on vacation while Luke was there for his brother’s marriage. Their conversation at the pool bar made them pretty much inseparable for the rest of the trip.

Later, after returning to the United States, they started meeting each other often. Eventually, their romance became official, leading Luke to propose to Ramona for marriage on 8 February 2020 in downtown Cleveland.

Currently, Tre Cool’s daughter, Ramona Isabel Wright, now officially Ramona Wright Kelly, lives with her husband, Luke Kelly, in Columbus, Ohio. They also have an adorable puppy, Mia, which they adopted in April 2019. Hopefully, we will get to hear more of Ramona in the days to come.

The girl’s name Ramona is of Old German and Spanish origin, which means protecting hands.

Similarly, the middle name Isabel is of Spanish origin, which means pledged to God.