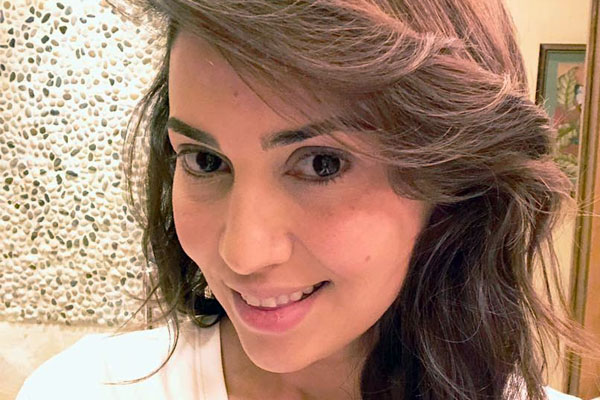 Claudia Wright was in a marital relationship with Tre Cool from 2000 to 2003. Image Source: Claudia Suarez Bovino's Facebook.

Claudia Wright, originally Claudia Suarez, is the former wife of the rock band Green Day’s drummer, Tre Cool. The now-estranged pair, Claudia and Tre Cool, were married for just three years, from 2000 to 2003. Though they ended their marriage with a divorce, they remained friends for their only child together, Frankito Wright.

So, who is Tre Cool’s ex-wife, Claudia Wright, and what does she do now? Find it out all in the article below.

Claudia Wright, aka Claudia Suarez, is the second wife of the notorious musician Tre Cool. Before building a romantic relationship and taking wedding vows with Claudia, Tre Cool was in a marital relationship with a lady named Lisea Lyons from 1995 to 1996.

After divorcing Lyons, the drummer gave himself some time to choose his next life partner. Finally, he met Claudia Suarez, whom he wed after dating for some months in 2000.

Though Tre Cool’s marriage with Claudia Wright lasted a little longer than his first marriage, he failed in protecting it after three years. Various unrevealed issues haunted their marital life. As a result, the then-couple decided to separate legally, and their divorce was reportedly finalized in 2003.

Although Claudia Wright and Tre Cool could not stay together as a husband and wife for long, they welcomed a child while they were together.

Mother To A Son With Tre Cool

As mentioned above, Tre Cool’s ex-wife, Claudia Wright, is a mother to a son with him. The former Mrs. Wright gave birth to Tre Cool’s son, Frankito Wright, on 10 February 2001. The now-estranged pair’s son is also the godson of Tre Cool’s bandmate, Billie Joe Armstrong. After the official separation of Tre Cool and Claudia, their only child, Frankito stayed with his mom while Tre Cool bore most of his expenses.

Moreover, while Claudia Wright was still tied in a marital bond with Tre Cool, she was a stepmom to Tre Cool’s daughter, Ramona Isabela Wright, from his first marriage. Despite her separation from Tre Cool, we hope Claudia still shares a great bonding with Ramona and often meets one another on several occasions.

After divorce from his second wife, Claudia Wright, Tre Cool married his long-time girlfriend, Sara Rose Lipert, in 2014. Together, the happily married pair are parents to a son named Mickey Otis Wright, whom they welcomed in 2018. Like her former husband, Claudia Wright also moved on with another man some years after their separation. She took her wedding vows with Aspen lawyer David Bovino in 2013.

Reportedly, Claudia Wright met David Bovino in Aspen when he was struggling with the trauma he experienced during his trip to South Africa in 2006. At the time, Bovino and his former fiance, Jessica Webster, were attacked by a couple of black street thugs known as ‘tsotsis.’

Luckily, both of them succeed in saving their life. Still, Bovino’s ex-fiance, Webster, was paralyzed from the waist down after one of the bullets hit her vertebrate. After the incident, Bovino and Webster called off their engagement.

After meeting Tre Cool’s ex-wife, Claudia Wright, David Bovino’s life took a major turning point. She taught Bovino faith in God and faith in goodness. Moreover, Claudia’s then-5-year-old son, Frankie, was the one person he could relate to and talk to. Claudia’s arrival in Bovino’s life helped him get his life together and become strong again.

Currently, Claudia Wright and David Bovino do not seem to be together, but they share a daughter named Bella Bovino, whom they welcomed in 2014. According to sources, Claudia and David live separately while their divorce proceeding for a couple of years is still to be finalized.

Claudia Wright seems to be a private person who prefers to keep all of her personal and professional life far from the reach of media people. It seems like she does not want excess media scrutiny to affect her present life. So, most of the details on Claudia’s everyday life and her profession are not available to the public at the moment.

However, thankfully, Claudia is available on some social media handles, including Facebook. She often posts her pictures on her Facebook page but makes sure not to share her personal information. Seeing her photos, it looks like Claudia Wright is living a peaceful life. Hopefully, we will get to learn more about Claudia’s whereabouts in the days to come.