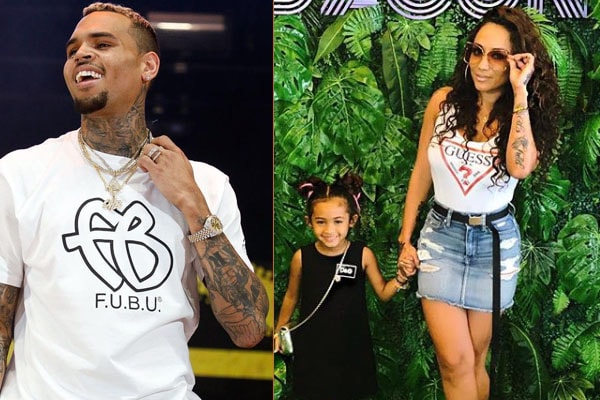 Chris Brown‘s baby mama Nia Guzman is back at it again, causing some more trouble to the “Loyal” singer. Brown’s ex Nia filed a case in the court stating she needs more money for child support to raise their daughter, Royalty Brown.

Chris Brown’s daughter, Royalty Brown was born on the 27th of May, 2014 to his former partner Nia. There were speculations regarding who was the father and later it was confirmed via a DNA test that it was Chris. Despite not being married Chris and Nia had to go to courts for the custody of their child.

In August of 2016, Nia Guzman filed a report wanting the full custody of her daughter Royalty but got denied by the judge.The judge maintained joint custody for the ex-couple which allowed Chris to have his daughter for 12 days a month. Even during that time, Nia wanted an increment in the child support. Chris Brown’s former partner Nia is paid $2,500 a month and wanted it to increase to $15,000 a month.

But again in 2018, Nia wanted the child support raised to a whopping amount of $21,000. Nia also receives $4,000 for Nanny who happens to be her mother. Royalty Brown’s mother Nia claims that Chris Brown has earned an average of $4.2 million over the last two years and wants her child support money to be increased to $21K+ per month.

Along with that, Nia further claims with the new figure she is owed $250K in retroactive child support. The model Nia states that Chris’ fans are threatening her daughter. Nia says the little Royalty is trapped in the two-bedroom apartment and can’t go outside. Model Nia tells that the raised money could help shield the daughter from such affronts.

Chris is Willing to Fight the Case

The “With You” singer Chris believes that Nia is just going for a money grab. So it seems like the singer is not going to let it go easy and fight the case.

We feel sorry for the 4-year-old daughter of Chris Brown as she has to go through such hardship at such a young age. Let’s hope everything will end soon with not much drama for Chris and his daughter Royalty.