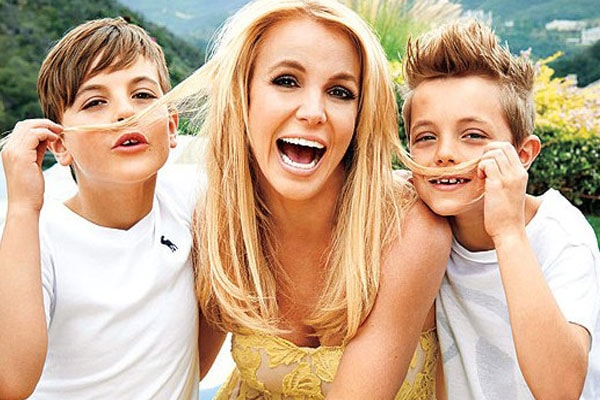 Ellis Barnes works as a copywriter and web developer for the professional writing essaywriterfree.net She loves pop music which give her an inspiration to write her own articles and short stories. 13 years of legal battle lie behind pop icon Britney Spears. Since then she has been fighting for autonomy and an end to her father’s guardianship. Now she should get back a life without strict rules.

The internet does not forget. If you google “Britney Spears Bald”, you will see it – the disturbing images in which the pop icon, 39, shaves a bald head in a hairdresser’s. And the one where she attacked a paparazzi with a shaved head with an umbrella. The whole world watched her when she completely mentally collapsed in 2007. The musician’s photos went viral as memes that were meant to be funny, but are anything but funny when you see the story behind them – the desperation and the absolute loss of control.

With a lot of commitment to becoming a child star

When she was three, brought to dance classes in Kentwood, USA. At eight, she had audition for the Mickey Mouse Club. Britney got rejected because she was too young. But talent scout Nancy Carson was so impressed with her skills that she suggested she enroll at the Professional Performing School of Arts. The mother then moved with her into a small apartment in New York.

At eleven, she was finally hired for the Mickey Mouse Club – at the side of Justin Timberlake (with whom she was later in a relationship for four years), Christina Aguilera and Ryan Gosling. The series ran until 1994, after which the parents pushed Britney’s singing career.

A few demo recordings and auditions at record companies later, her debut album “… Baby One More Time” was released. It immediately reached number 1 on the US Billboard charts. The rest is history.

While her music sold millions of times worldwide (“… Baby One More Time”, with 30 million copies sold, is one of the 25 most successful albums of all time!), She received one award after another, private life … let’s say … not well . On January 3, 2004, Spears married her childhood friend Jason Alexander – drunk in Las Vegas. Their marriage was annulled after just 55 hours. In September of that year she said yes to dancer Kevin Federline. With him she had two sons: Sean was born in September 2005, Jayden James in September 2006.

The relationship with Federline also failed. Britney separated two months after the birth of their second child. In July 2007 the couple divorced. In court, she asked for custody and wanted to grant Federline visiting rights. It turned out differently, however. The exceptional artist fell. Her personal crisis culminated in a bald shave – in front of a global audience. In this condition, she also had her lips and a cross tattooed on her. The tattoo parlor clerk remembers a Britney who was “desperate and confused”. “She screamed in pain, freaked out, and fidgeted all over her body,” before the police came to take her away.

A life under constant control

Since those escapades, father Jamie has been in control of his daughter’s life and, as he himself says, has helped her “overcome a serious life crisis, rehabilitate and advance her career, and put her finances and affairs in order.” The regulations were far-reaching: from psychiatric drugs to contraception – he determined what Britney should take, organized her appearances, decided where she was and was responsible for her finances. All of her decisions, her whole everyday life – determined by others. When her father stepped down from many areas of guardianship in 2019 for “health reasons” (he remained primarily responsible for finances), Jodi Montgomery took over and became Spears ’Care Manager.

The Spears fansite “Breathe Heavy” started a campaign with this hashtag in 2009 and commented very critically on the guardianship. But father Jamie made sure that the initiative was not pushed any further. In 2019, incapacitation was publicly discussed again when Britney’s father was hospitalized with health problems and Britney’s Instagram account was shut down for almost three months. It was speculated that she wasn’t even allowed to post social media posts without her father’s okay. Britney commented on this with a statement: Fans should not believe everything they read and hear, she is fine.

In July 2020, Britney’s mother Lynne finally got involved. She filed a court application to be informed of all of her daughter’s financial affairs.
Less than a year later, the superstar raised serious allegations against the father himself. His influence on her life went so far that he is said to have forbidden her from having the IUD removed. Britney, fighting for an end to guardianship: “I’m traumatized, I can’t sleep. And I’m depressed – I cry every day. ” She posted on Instagram: “I apologize for pretending to be fine for the past two years … I did it out of pride, and I was embarrassed to share something with myself has happened”.

The artist does not only get support from her fans, many celebrities also show solidarity. Including ex-boyfriend Justin Timberlake, Christina Aguilera, Bette Midler, Madonna and Mariah Carey. The pressure on father Jamie is growing – he has now filed an application with the Los Angeles County Superior Court to end his guardianship. There will be a court hearing on this at the end of October.