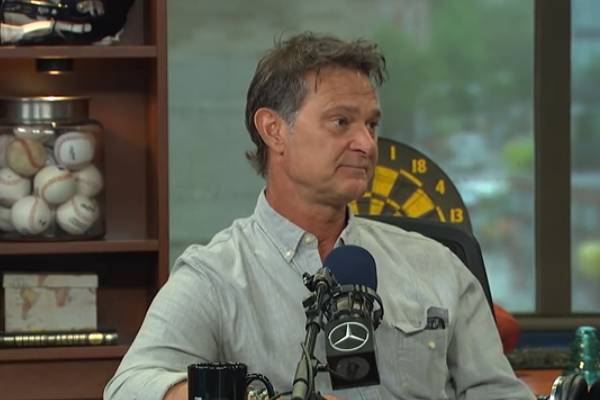 Born Donald Arthur Mattingly, Don Mattingly is a former professional baseball first baseman. He played his entire career with the New York Yankees. In addition, Don is considered one of the greatest players. After the end of his playing career, the former player began his coaching and managerial career. He is now serving as a manager of the Miami Marlins.

The talented baseball professional has amassed a massive fortune in his career. He is one of the richest athletes. So, how much has the Miami Marlins manager pocketed to his name? Let’s get to know about Don Mattingly’s net worth, salary, and earning details in today’s article.

Don Mattingly Net Worth And Earnings

Don Mattingly is also famous by his nicknames, The Hit Man and Donnie Baseball. He was born in Evansville, Indiana, and started his playing career at Memorial High School in his hometown. Furthermore, the talented manager didn’t attend college and signed with the Yankees.

As Don has been active in the league for over four decades, he has earned immense fame and fortune in his career. As per Celebrity Net Worth, Don Mattingly’s net worth is $25 million. Thus, let’s further explore the baseball professional’s career, salary, and earning sources.

Also Read: Income And Net Worth Of A Talented Golfer – Justin Thomas

As already mentioned, Mattingly started his professional career after high school and played for one team in his entire playing career. Well, he played for 14 years for New York Yankees from 1982 to1995.

Furthermore, due to Mattingly’s excellent performance during his high school years, the Indiana State Sycamores offered a scholarship to him. At the same time, he was drafted by the Yankees. As a result, he decided to start his professional baseball career. In addition to that, he even received a $23,000 signing bonus.

The following table shows the salary of the former player from the year 1990 to 1995.

Additionally, Don’s MLB statistics are 2,153 hits, 222 home runs, and 1,099 RBI. Because of his impressive career on the team, his former team dedicated a plaque. The sign describes him as a humble man of dignity and grace, an exemplary captain, and a person dedicated to the pursuit of excellence, a Yankee forever. Moreover, the plaque is still there in his honor in Monument Park at the Stadium of Yankee since 31 August 1997.

Talking about the excellent player’s salary, at the peak of his playing career, Don’s earnings reached $4.5 million per annum. As he was active for over a decade, his fortune seems completely deserving.

Earnings As A Manager

Before landing his managerial career, the talented baseball professional served as the coach of the New York Yankees and Los Angeles Dodgers for over half-decade. Finally, in the early 2010s, he became the manager of Dodgers and served from 2011 to 2015.

Furthermore, Sportcasting reported that the successful manager made around $1.6 million in 2014. Also, his new contract extension increased his income to fall between $3.5 million to $5 million after the year, making him one of the highest-paid managers in the league.

Moreover, Don Mattingly’s salary from Marlins was $2.8 million in the 2019 season. Now, several years later, he must be making multi-million per year as well. Therefore, Don Mattingly’s net worth being $25 million is no surprise.

Furthermore, the former player was the owner of Mattingly’s 23, a restaurant in his hometown back in the late 1980s to the early 1990s. Afterward, he tried to establish another business venture in the mid-2000s. Plus, he launched a softball and baseball equipment company, Mattingly Sports. His business must also be doing well, contributing to his income.

With such a massive fortune, there is no doubt that Don Mattingly and his family are living a lavish lifestyle. The manager must have brought the houses and cars of his dream. In addition, he must have fulfilled all the wishes and needs of his children and loved ones.

In an interview, Don Mattingly said that home is home; it doesn’t matter where you move or enjoy living in different cities. For him, Evansville will always be home. However, the manager has now sold his $895K paid house for $1,290,000.

Besides, the Marlins manager lives in Miami, Florida, with his family, including his wife and children. Hopefully, the Mattingly family will live a happy life in the coming days.