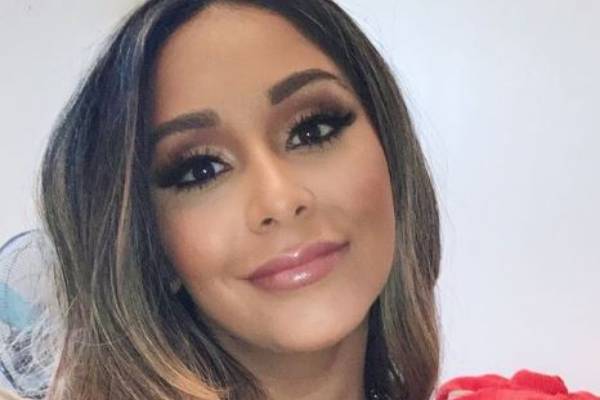 Nicole Polizzi, born Nicole Elizabeth Polizzi, is a reality television star. She came into prominence after being a cast member of Jersey Shore. Well known by her nickname, Snooki, Nicole is one of the most successful television personalities.

The famous television star is gaining enormous fame and bagging several dollars from her career in the entertainment industry. Thus, without further ado, let’s find out how much Nicole Polizzi’s net worth is and what are her income sources.

Nicole Polizzi Net Worth And Earnings

As a successful reality television personality, the Chilean native has undoubtedly earned a massive fortune to her name. Furthermore,  as per Celebrity Net Worth, Nicole Polizzi’s net worth is $4 million.

Has Earned Significantly As A Reality Television Star

The show focused on women dating arrogant or obnoxious men, where she appeared in episode 14, “Jerz Pud,” with her then-boyfriend Justin.

Jersey Shore Made Her Famous

Nicole then became part of the reality television series Jersey Shore. The New York Times identified Polizzi as “the breakout member of the cast.” She was in every season of the show and found immense fame because of it. Plus, she also earned five figures salary per episode of the show.

Moreover, after a video went viral where a New York City school gym teacher Brad Ferro punched her in the face, Nicole’s appearance fees increased from $2,000 per event to $10,000 per event.

After that, in 2011, Nicole and Jennifer Farley, who is also her Jersey Shore co-star, signed a contract to star in Snooki & Jwoww, a spin-off of Jersey Shore. The show premiered on MTV in June 2012, ran for four reasons, and concluded in February 2015.

Besides Jersey Shore, Nicole has become part of many other reality television series like Dancing with the Stars. She competed in the 17th season of the show with professional dancer Sasha Farber and finished in eighth place.

Unfortunately, the pair were eliminated from the show on October 28, 2013. Nevertheless, Polizzi must have earned thousands of dollars for competing in the show.

Furthermore, Nicole also starred in the web series Snooki & Jwoww: Moms With Attitude in November 2015. Additionally, she made an appearance in an episode of WWE Monday Night Raw in March 2011. After being in the show, Jersey Shore for almost ten years, she called it quit from the show.

In an episode of her podcast, It’s Happening With Snooki and Joey, Nicole announced that she was retiring from the show and said she wanted to quit the show because she just hated being away from the kids. She also mentioned that her family has even received death threats.

Thus, Nicole Polizzi’s net worth must have benefitted from the amount she received for appearing in various reality television shows.

Apart from being a reality television star, Nicole Polizzi is also a writer. She has written three novels, which many people loved, and these books have gotten good reviews. Here are some of the books that Nicole wrote and their respective price.

Furthermore, Nicole got paid $32,000 in April 2011 for speaking at Rutgers University. She also has a YouTube channel named Nicole Polizzi, with 980K subscribers. According to Social Blade, she earns around $22 to $352 per month and $264 to $4.2K per year from her channel.

The famous reality television star is also a businesswoman who has been involved in the fashion business for a long time now. She launched The Snooki Shop, which sells different types of women’s wear and accessories.

Here are some of the goods at the shop and their prices.

Nicole announced her new line of baby gear named MAWMA in July 2020. It included strollers, diaper bags, high chairs, and travel systems. She has uploaded a few of the samples on her Instagram page. These new business ventures must have helped increase her fortune.

Moreover, Nicole also hosts a podcast, It’s Happening With Snooki & Joey with Mister P, aka Joey Camasta. Thus, Nicole’s net worth must have increased over the years due to her involvement in several ventures.

Although she is a well-loved celebrity, Nicole Polizzi has been involved in some of the legal troubles in the past. She was arrested for disturbing the peace, disorderly conduct, and criminal annoyance of others in Seaside Heights, New Jersey, on July 30, 2010. The court fined her $500, sentenced her to community service for disturbing the peace, and dropped other charges.

Apart from these, Nicole was also arrested after her car collided with a parked traffic police car in Italy, in which two officers sustained minor injuries. She even sued SRG ventures, a licensing company she had signed earlier to launch Snooki-branded merchandise like lingerie, shoes, school supplies, and watches, for breach of contract.

As mentioned earlier, Nicole Polizzi’s net worth is $4 million. With a fortune like that, saying that she can afford a luxurious lifestyle is not wrong. She loves a comfortable life with her husband, Jionni LaValle, and three kids, Lorenzo Dominic LaValle, Giovanna Marie LaValle, and Angelo James LaValle.

Nicole Polizzi’s husband, Jionni, is an entrepreneur and television figure. His fortune is estimated to be $200 thousand.

In August 2020, Nicole and her husband purchased a new house in the Silverton section of Toms River for $850,000. Before that, in January 2015, she bought a home in Florham Park for $2.6 million. She and her spouse were also involved in the construction of their dream house from start to finish.

Moreover, in August 2021, Nicole sold her New Jersey beach house for $740,000. She had purchased the home in November 2015 for $370,000. Seeing that the property was sold for double the price that it was bought for, Snooki definitely benefitted from the sales.

Apart from real estate investments, the popular television personality has owned cars like the 2011 Cadillac Escalade, which she sold for $77,510 on eBay in February 2013. She might also have other different vehicles for which she must have arranged a good insurance policy.

Thus, Snooki lives a great life with her family. She often goes to different countries for vacations. Nevertheless, we hope that Nicole Polizzi’s wealth will increase in the coming days.