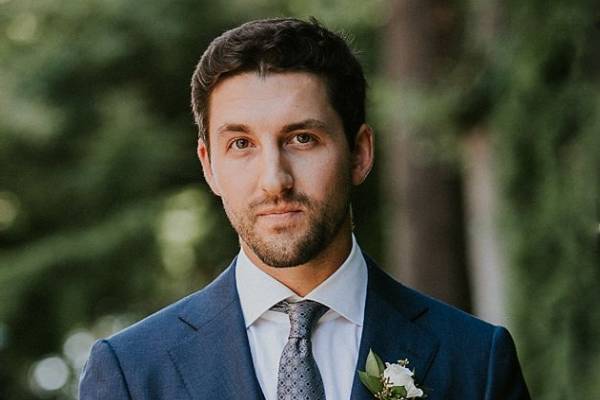 Many football fans might have come across the name Peter Clay Carroll. The Seattle Seahawks’ executive vice president and the head coach is well known for his well-organized defensive strategies. Pete Carroll has earned the respect of many individuals throughout his decade-long coaching career, having led multiple teams to victories.

While Carroll’s professional life is constantly discussed in the media, little is known about his personal life. Similarly, the NFL coach rarely discusses his personal life in public. Still, it is common knowledge that Pete and his wife, Glena Goranson, are currently enjoying a wonderful marriage. In addition, during their decades-long marriage, the couple has welcomed three children.

So, let us learn some intriguing facts about Pete Carroll’s son, Nathan Carroll, in this article.

Pete Carroll met his second wife, Glena Goranson Carroll, at the University of Pacific. They were both collegiate athletes, so they may have gotten close because of their mutual love of athletics. The NFL coach married his then-girlfriend shortly after divorcing his first wife, Wendy Pearl. The couple married on May 21, 1976, and have been living joyfully ever since.

The lovebirds have welcomed three beautiful and talented children from their decades-long marriage. Brennan Carroll, their oldest son, was born on March 20, 1979. Then, Carroll’s second child, Jaime Carroll, was born on April 12, 1982. Finally, on March 24, 1987, Pete and his wife had their youngest son, Nate Carroll, in Edina, Minnesota.

Pete and his sweetheart don’t reveal much about their personal lives, and they did not share details about their child when they were younger. The Seahawks’ coach thought it best to keep his children out of the limelight altogether. So, it is not surprising that details surrounding Nate’s upbringing are a mystery.

Still, as the youngest one in the family, Nate Carroll’s parents and siblings must have showered him with attention. Similarly, seeing as Pete Carroll’s son has grown up to be an empowering and successful figure, we can presume that his guardians raised him with good morals.

Nate received his primary education from Palos Verdes Peninsula High School, where he was a three-star sport athlete. However, Pete Carroll’s youngest child decided not to play collegiate football after graduating. Instead, Nathan enrolled at the University of Southern California, where he earned a bachelor’s degree in psychology in 2010.

Unfortunately, like many of us, the Carrolls’ youngest kid was uncertain about what he wanted to do after graduating from university. So, Nate seized the opportunity when his father offered him a job. He served as Seattle Seahawks’ personnel assistant in the scouting department from July 26, 2010.

So, let us wish Nate Carroll the best and hope he achieves greater success in the future.

Talking about Nathan’s personal life, he married a former coach at Orangetheory Fitness Shoreline, Anna Rivera, on June 25, 2016. While Nate kept the marriage quiet and did not post any photos of their wedding, his partner Anna Carroll shared the good news on her Facebook page.

Nate Carroll’s wife is from Portage, Indiana, and graduated with a Sports Communication degree from Indiana University in 2007. While still at the university, Anna worked as an associate producer for WGN Radio. Later, she served as the account executive and corporate partner for the Chicago Cubs for five years. Furthermore, she started working as the sales director for the Seattle Seahawks in September 2013.

Given that Nate works as the wide receivers coach for the Seahawks, it is possible that the duo met at work. Regardless of where they met, Nate and Anna seem to be having a great time together. Moreover, they have also welcomed two beautiful baby boys.

Nathan and Anna have been married for years, and together they have welcomed two sons into their family. Nate’s firstborn, Lincoln Peter Carroll, was born on April 2, 2017. Then about two years later, the couple welcomed their second son Rocky Nathan Carroll on January 30, 2019.

Nate Carroll’s wife frequently shares adorable pictures of the kids on her social media. Going through the pictures, it looks like the parents are already teaching their sons about football.

So, Pete Carroll’s grandchildren may one day grow up to be outstanding athletes. If they do, everyone will be delighted to see them on the football fields.

For every celebrity that flourishes when the spotlight is on them, there are those who would rather star as far away from the spotlight as possible. Sadly, the youngest of Pete’s children happens to like to keep a low profile. Unfortunately, he is also not active on any social media platforms, so determining his current whereabouts is difficult.

Still, Nate’s quiet lifestyle does not stop his wife from periodically sharing photos of him going to different places. Looking at the photographs, it is evident that the wide coach is enjoying his life to the fullest even if he does not flaunt it in front of his admirers.

So, let us wish Pete Carroll’s son well and hope that he only has good days in store for him.

Nathan, having Hebrew origins, is a name that means gift of God.