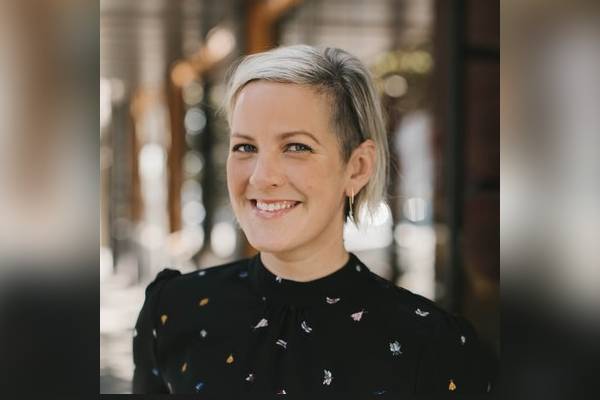 Peter Clay Carroll, the executive vice president and head coach of the Seattle Seahawks of the National Football League, is noted for his well-organized defensive strategies. In addition, the NFL legend is one of just three coaches in history to win both a national championship and a Super Bowl. Having led many teams to victory, Pete Carroll has gained the respect of many people throughout his decade-long career as a coach.

While Carroll’s professional life is frequently talked about in the media, his personal life remains a mystery. The NFL coach likewise rarely talks about his private affairs in public, leaving his admirers in the dark. At present, Pete shares a blissful marital life with his wife, Glena Goranson. In addition, the pair have welcomed three children in their decades-long marriage.

Today, let us find out about Pete Carroll’s daughter Jaime Carroll and learn of her whereabouts. Let us also see if Jaime is into football or any other sports.

Pete Carroll met his second wife, Glena Carroll Goranson, at Pacific University. They were both college athletes, so the pair may have bonded over their shared passion for sports. Not long after divorcing his first wife, Wendy Pearl, the NFL coach tied the knot with his then-girlfriend. The pair married on May 21, 1976, and have been living joyfully ever since.

The love-smitten couple has three children from their decades-long marriage. Brennan Carroll, their oldest son, was born on March 20, 1979. Carroll’s second child, Jaime Carroll, was born on April 12, 1982. Finally, on March 24, 1987, Pete and his wife had their youngest son, Nathan Carroll aka Nate Carroll.

As previously said, the NFL coach dislikes media intrusion into his personal life. He naturally raised his children away from the media’s influence. Consequently, the public knows little about the details surrounding Jaime’s upbringing. We can still assume that Pete and his spouse raised her well, seeing as she has grown up to become a talented and empowering woman.

All of Pete Carroll’s children took an interest in sports at some point in their lives. Jaime’s older brother attended Saratoga High School in Saratoga, California, where he played football. After transferring from the University of Delaware, he played tight end at the University of Pittsburgh. At present, he serves as the offensive coordinator for the Arizona Wildcats.

Likewise, Nate worked for the Seattle Seahawks as a personnel assistant after graduating from the University of Southern California. He is presently the wide receivers coach for the National Football League’s Seahawks. Jaime continued the family legacy and played volleyball at the University of Southern California. Pete’s daughter was a part of the Women of Troy women’s volleyball team. However, after graduating from the university, the celebrity kid did not follow her father’s footsteps and chose a different career path altogether.

Still, Jaime’s father supports her decision and has even worked with her on several occasions. So, let us all wish Pete Carroll’s daughter the best and hope to learn more about the father-daughter duo as time goes on.

Jaime Carroll married Mike Davern on July 6, 2012, in Hermosa Beach, California. Unfortunately, the pair keeps their private lives away from the prying eyes of the media, with little to no information about their personal lives revealed to the press.

That being said, Pete Carroll’s kid is not hesitant to share a few photographs of her hubby on her Facebook account. Taking a glimpse at the pictures, it is pretty evident that the duo is having a great time together, and their marriage appears to be going strong.

The pair have also welcomed a child in their decades-long marriage. However, they keep their child out of the spotlight, so aside from a few glimpses of the youngster on Jaime’s Facebook, the press has yet to see their child in the daylight. Owing to their private way of living, the name of Pete Carroll’s grandchild remains a complete mystery.

Still, the family must be living a comfortable life away from media scrutiny. So, let us wish Jaime Carroll well and hope that she does not shy away from the limelight in the future.

Works As The CEO At Amplify Voices

Pete Carroll’s daughter completed her high school at Medfield High School in 2000. Jaime then joined the University of Southern California to further her education. She graduated with a Bachelor of Science, Communication, and Media Studies degree in 2004. After finishing school, Jaime Carroll spent several years in marketing, working for A Better LA and Red Bull.

She then spent over three years as a business developer at Win Forever Consulting. Following that, the celebrity daughter had the opportunity to work as a board member at Compete to Create. It is a joint partnership of NFL coach Pete Carroll and psychologist Dr. Michael Gervais that helps individuals and enterprises reach their full potential.

Jaime is currently working as the Chief Executive Officer at Amplify Voices, a production and content development company founded by her father. Likewise, her brothers are making a name for themselves in the sports industry. So, let us offer our best to Pete Carroll’s children and hope that they find success in all of their future pursuits.

Jamie is a gender-neutral English name that means supplanter.