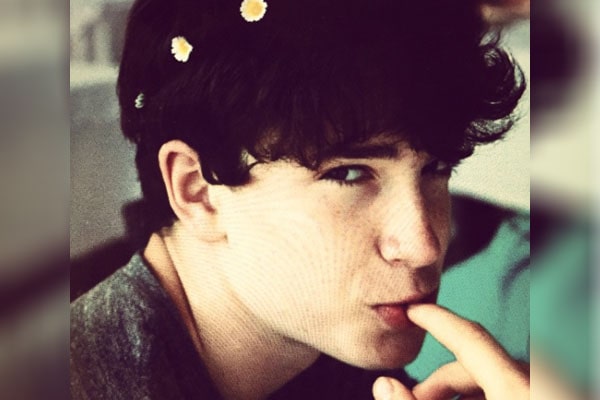 Elijah Hewson is the eldest son of the U2's Bono and his wife, Ali Hewson. Image Source: Jordan Hewson's Instagram.

Bono, born Paul David Hewson, is a world-known Irish musician, activist, actor, and venture capitalist. He is famous for being the lead vocalist and primary lyricist of the Irish rock band U2. Best known for his expressive vocal style and grandiose gestures, and songwriting, Bono is the winner of 22 Grammy Awards. As an actor, he portrayed the role of Dr. Robert in the 2007 musical film Across the Universe and lending his voice in the 2021 animated film Sing 2. Besides, Bono is also the founder of the fashion brand EDUN and is involved in many other business ventures.

Elijah Bob Patricius Guggi Q Hewson is the eldest son but the third child of Bono with his beloved wife, Ali, who joined their brood on 16 August 1999. The hot and charming son of Bono, Elijah got his middle name, Bob, after his paternal grandfather Brendan Robert ‘Bob’ Hewson. Similarly, his father, Bono, gave his middle name, Guggi, in tribute to his childhood friend.

Elijah has two elder sisters, Jordan Hewson and Eve Hewson, who joined the Hewson family in 1989, and 1991 respectively. His youngest brother, John Abraham Hewson, arrived on 20 May 2001. While his small brother, John Hewson, maintains a life away from the limelight, his sisters, Eve and Jordan, are already gaining stardom in their own chosen career paths. Well, Jordan is a tech entrepreneur and a social activist, while Eve is a familiar name in the Irish film industry.

Bono’s eldest son, Elijah Hewson, is currently following his international rocker dad’s footsteps in the music industry. Currently, he is the lead singer of the Irish rock band Inhaler, which he founded with his college friends Josh Jenkins, Ryan McMahon, and Robert Keating in 2012. The band got its name because of Elijah’s asthma, which he had for a while.

Elijah, who goes by the name Eli, and his band released their first debut single, ‘I Want You‘ in 2017, and ever since then, they are officially touring around the UK and Ireland. Unlike rock bands of the previous decades, Eli’s band strives for more of a balance than the fast-living bands of bygone days. They even placed fifth on the BBC Music Sound of 2020 list.

While talking to one Irish magazine, Bono’s son, Elijah, disclosed that he was not quite interested in music until he reached his teenage years. He discovered music his own way rather than growing up in it. However, at the age of fifteen, Eli began showing signs of going after his dad’s goals. According to Bono, his handsome kiddo, Elijah, was already a guitar shredder at that age, and the rock duo, Royal Blood was his favorite.

In the present, Elijah and his bandmates are relentlessly working to build up a fanbase of their own. They supported the famous English musician Noel Gallagher at two grand summer shows and, lately, completed their first US tour, supporting Blossoms. But, after a string of successful musical tours in 2019 and 2020, the COVID-19 pandemic affected their future performances. Though they rescheduled many of the dates to 2021, they regularly update their new songs and recordings to their fans via social media handles.

The emerging musician Elijah Hewson once revealed that he had to convince his mom and dad to support his music career as they were not on board at first. His parents wanted him to give it up and go to college, like all parents worldwide. But later, according to Eli, Bono and Ali saw his passion for music, and how good he and his band was. Both of his parents have been supportive ever since they saw him doing great in the field he chose as his career.

Furthermore, while speaking to the Irish Mirror, Elijah’s mom, Ali, said that she feels proud to watch her rocker kid transform into his showman dad on stage. She is happy for Elijah and hopes he finds his way as music is his first love. Moreover, Ali said that it was initially shocking for her to watch her son go from a shy boy to a rockstar.

Though Elijah wants to remain separate from his dad’s spotlight, there is some chance of the rockstar father-son duo performing on the same stage together shortly.

The name Elijah originated from the Hebrew name Eliyyahu, which means Yahweh is my God.