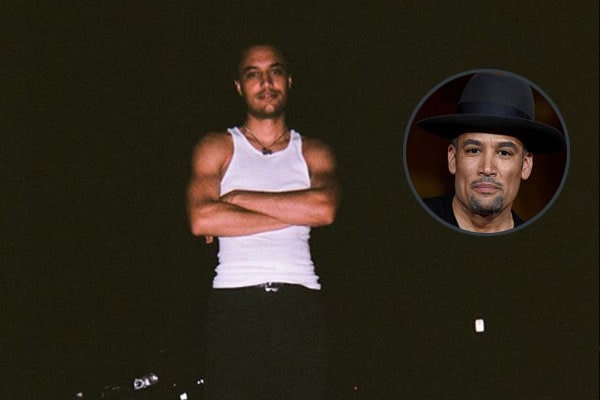 The musician who has been remarking his legacy with his works, Ben Harper, is one of the finest musicians in the music industry. He got married to Joanna Harper in 1996 and has two children, a son Charles Joseph Harper and a daughter Harris Harper. However, the couple got divorced in 2001 after spending five years together. The ex pair seems to have already settled down as Ben married two times after divorcing Joanna and finally settled with Jaclyn Matfus in 2015 while it seems that Joana Harper has abandoned ‘Harper’s name and adapted ‘Hardy’ after marrying Andre Hardy.

Charles Joseph Harper, a.k.a CJ Harper is a singer/songwriter just like his father, Ben. He has also added producer and DJ in his resume. With a phone call interview with Billboard, Charles revealed that he grew up listening to folk and blues in his great grandmother’s local instrument sale and repair shop. With such a great influence of music on him from his young age, he decided to follow his passion and pursue music. In October 2017, Charles released his debut project  ‘Into the light’ under the moniker Four AM.

Charles has been actively participating in making beats and share the product on his YouTube Channel as well. He really works hard and also shares the sneak peek of the making on his Instagram.

The music influence created by the surroundings Charles lived in created the whole new version of an artist in American music history. We hope to keep being able to stream Charles a.k.a. Four AM songs.

The musician, Charles Joseph Harper’s girlfriend, is Ella Wilson. The lovely couple shares cute snaps of each other over their Instagram, mostly of the lovely Ella supporting boyfriend Charles during his gigs and recordings.

We hope the couple will always be together and find great happiness within themselves.

Charles Joseph Harper is not the only child of Ben Harper, he has many half-siblings. He was born to Joanna Harper and have a sister named Harris Harper. His other half-siblings, sister Jaya Harper and brother Ellery Harper, were born to Laura Dern. Lastly, the youngest half-sibling, little brother Besso Harper was born to Charles’ father’s current wife, Jaclyn Matfus.

Despite though the siblings are born from different mothers, they all share an extraordinary bond. We can see that the Harper siblings are very close to each other. We can assume that they go on trips together. We hope their relationship will always flourish and be a close-knit family.

The name Charles is of German origin, meaning full-grown, a man. As for the middle name Joseph, it is of Hebrew root, which means May Jehovah add/give increase.