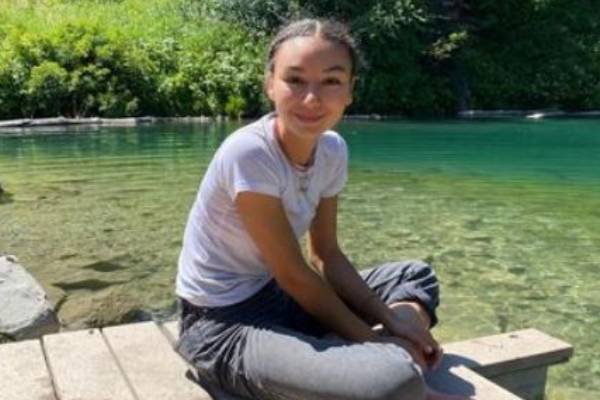 Benjamin Charles Harper, also known as Ben Harper, is a popular singer, songwriter, and instrumentalist of American nationality. He is mainly famous for his vocals, guitar-playing skills, live performances, and activism. Harper has accumulated several awards and titles in his professional career.

The renowned musician is a doting father of five children, whom he shares with three different baby mamas. Moreover, he has been married thrice, and one of his baby mamas is Laura Dern, a famous actress. Before marrying her, he was married to Joanna Harper, with whom she has two children.

So, here we will know about Ben Harper’s daughter Harris Harper and what she does these days.

As mentioned above, the musician Ben Harper has been married thrice in his life. Joanna Harper, also known as Joanna Hardy aka JoAnna Hardy, is the first wife of the singer. He was married to her from 1996 to 2001. In four years of togetherness, the duo welcomed two kids.

Ben Harper’s little girl Harris Aliyah Harper is his youngest child with Joanna, whom they welcomed on August 14, 1999. Just like their marital life, Harris’ parents also did not reveal any of her birth details for many years.

Moreover, Harris has an elder brother, Charles Joseph Harper, who was born three years earlier than her in December 1996.

The Harper siblings have a great bond, and they must have grown up having a wonderful time together.

Harris Has Ventured Into The Musical World

Harris Harper’s dad, Ben Harper, is a renowned musician who has released a number of singles and albums that have become a massive hit. She and her brother grew up in a musical household; as a result, they both developed an interest in music from a very young age.

In June 2021, Ben Harper’s daughter, Harris, released her first-ever song, Make You Quit. She and her brother Charles worked together on this song. After the song was released on different music streaming platforms, her mom, dad, and stepmother, Laura, congratulated her and her sibling.

Moreover, in June 2018, Harris graduated from Immaculate Heart High School. After graduation, she enrolled at Eugene Lang College of Liberal Arts. However, there is no information regarding her majors. But as she has an interest in music, she must have a major in the related field.

Nonetheless, let’s hope Ben’s baby girl has a successful career and wish her all the best for the upcoming ventures.

Who Is Harris Harper’s Boyfriend?

Ben Harper’s children with Joanna have already grown up and are doing great in their life. As mentioned earlier, his daughter Harris began her musical career in 2021. Apart from that, people also want to know about her personal life.

Many have shown interest in knowing who Harris Harper’s boyfriend is. Her Instagram profile has few posts, and there are no details about her lovelife. Moreover, Harris often hangs out with a guy whose Instagram handle is gideonlegros.

Furthermore, in May 2020, Harris Harper’s mom posted their photos together. On the post, one of JoAnna’s followers commented “cuties.”

Thus, many people are curious to know what is going on between the two. Nonetheless, any guy dating such a beautiful girl like Harris will be immensely lucky.

Is Close With Her Siblings

Harris Harper is not the only kid of the popular musician Ben Harper. Apart from her own brother, she has many half-siblings. After Harris Harper’s parents ended their marriage, her dad got married to Laura Dern.

From his marriage with Laura, Harris’s dad, Ben has two children, Jaya Harper and Ellery Walker Harper. Sadly, his second marriage too ended, and he got married to Jaclyn Matfus, with whom he has a son Besso Harper.

Ben Harper’s daughter, Harris, is close with her half-siblings. They are often seen together at different events.

Harris seems to be doing great in her personal life and career. Let’s hope she has successful days ahead.

The name Harris has an English origin which means Son Of Harry. Furthermore, the name Aliyah is an Arabic origin, and it means Royal.