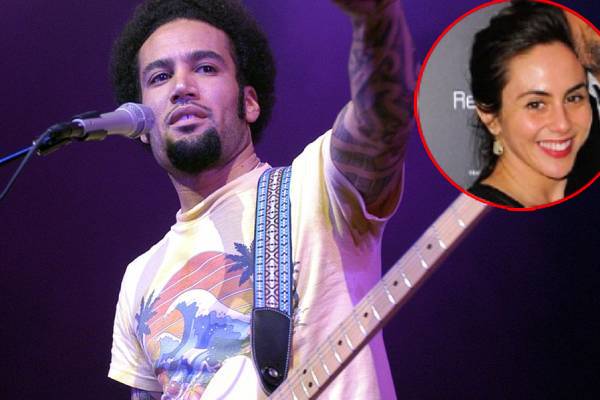 Benjamin Charles Harper, aka Ben Harper, is a well-known name in the music industry. He is a singer-songwriter who is known for his vocals, guitar-playing skills, and live performances. The three-time Grammy Award winner has been involved in the musical field for many years and has gained immense popularity and fortune to his name.

The successful musician, however, had to go through two failed marriages. His third spouse is Jaclyn Matfus, with whom he has been married for many years now. His fans have shown interest in knowing their marital life. Thus, in this article, know some interesting facts about Ben Harper’s wife and their love life.

As stated above, Ben Harper shares a blissful marital life with Jaclyn Matfus. The lovebird walked down the aisle on January 1, 2015. The married duo has, however, remained mum regarding how and when they met.

But Jaclyn Matfus’ husband has frequently stated that fate led them to meet. He revealed that the first time they met, neither Ben nor Jaclyn asked for the other’s number. But because of fate, the couple met again.

In 2014, Ben and his lovely wife, Jaclyn, collaborated on a charity concert to raise money to fight against child trafficking in India. While talking to Telegraph India, Ben Harper’s wife stated that the couple bonded over the issue of child trafficking. She was on a volunteer trip to Calcutta and had clicked the video of kids dancing to one of his songs. She then sent the video to Ben.

Moreover, Ben revealed that the couple bonded over the passion project. The couple’s marriage has grown stronger with each passing day. Let’s hope their marital life lasts forever.

Welcomed A Son Together

It has already been many years since Ben and Jaclyn exchanged vows. Two years after their marriage, the lovely duo grew their family of two to three.

In 2014, Jaclyn’s husband revealed his dream of expanding the family with her. In 2017, the dream came true when Ben Harper’s wife, Jaclyn, got pregnant with their first child. In March 2017, the musician’s representative exclusively confirmed to the UsWeekly, that they were about to welcome a baby in June that year.

On June 17, 2017, Jaclyn gave birth to their baby boy Besso Harper. She and her husband were thrilled about the arrival of the new family member. The couple is raising their son with immense love and care.

Also Read: Take A Look At The Relationship Of Ajla Tomljanovic And Matteo Berrettini

Jaclyn Is A Social Advocate

As mentioned earlier, Ben Harper is known for activism and even bonded with his wife because of a cause.

Well, several sites have reported that Ben Harper’s wife is a social advocate. But it is not known which organization she works for. She must have visited different countries for several projects. Aforementioned, she also visited Calcutta for a project against child trafficking in India.

Furthermore, Jaclyn has also tried acting. In 2009, she appeared in Zac Efron‘s 17 Again. Apart from that, there are no acting projects that she has been involved in. Moreover, Matfus also worked as an executive producer in 2006 in the short video 10ten.

Despite being in the limelight for being the musician’s wife, Matfus remains away from the spotlight. Jaclyn does not have any active social media in her name. Furthermore, she has also kept their son away from the media attention.

Aforementioned, Jaclyn Matfus is the third wife of Ben Harper. Before tying the knot with her, he was married to two women. His first wife is Joanna Harper, also known as JoAnna Hardy. The former couple was married for five years from 1996 to 2001 and shares two children, Charles Joseph Harper and Harris Harper.

As for Jaclyn, very little is known about the celebrity wife’s relationship history.

Jaclyn might have a good relationship with the step-children. Nonetheless, she must be living a wonderful life away from the media limelight. Hopefully, we will get to learn more about Ben Harper’s spouse in the coming days.