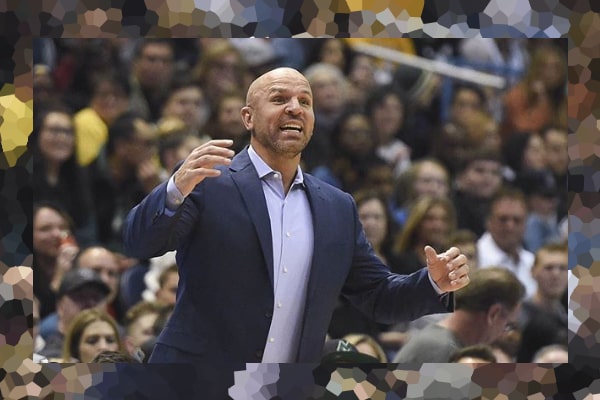 Born as Jason Frederick Kidd, Jason Kidd is an American professional basketball coach currently serving as an assistant coach for the Lakers. Before starting as a coach in the 2013 season, he was a 10-time NBA All-Star, a five-time All-NBA First Team member, and won an NBA championship in 2011 with the Dallas Mavericks.

Kidd is associated with the Lakers, where he won his second championship as they defeated the Miami Heat in the 2020 NBA Finals. Much said about Kidd’s career, let’s look into his personal life, which has been blossoming since he’s been enjoying fatherhood for quite some time. If it’s news, Kidd is a proud father of three adorable kids with wife, Porschla Kidd, and three from his previous marriage.

Therefore, let’s find more about Jason Kidd’s daughter, the youngest of all, Cooper Anne Kidd, from here on.

Aforementioned, the Kidd couple welcomed three kids together since their marriage in 2011. Furthermore, Kidd’s wife, Porschla, gave birth to their youngest child, a daughter, Cooper Anne Kidd, in 2017. Papa Kidd served as Milwaukee Bucks’ coach and was facing some dramatic victory and defeat streaks.

Additionally, former Bucks coach Kidd had missed their game against Washington Wizards after his daughter’s birth. Unfortunately, the Kidd family is pretty secretive about their children and has kept them away from the media approach.

Besides burying Kidd’s daughter, Cooper Anne Kidd’s details from the social scrutiny, she is the youngest of three kids. The Kidd couple had welcomed a son, Chance Kidd, before sharing vows in 2010. And after two years, their daughter, Noah Grace Kidd, came into the world.

During an interview, Jason Kidd’s wife revealed that Noah is ‘THE’ princess in the family. Hence, we can imagine two little princesses in the Kidd household partnering with their fashionista mom and giving their dad and brother some fashion tips. Also, the Kidd couple managed to pay a tiny tribute to his grandmother, placing a middle name inspired by her.

When it comes to sibling-count, Jason Kidd’s daughter, Cooper Anne, is pretty rich. She has two older siblings and three more from her father’s previous marriage with actress Joumana Kidd.

The former couple shared vows in 1997 and welcomed a son, Trey Jason Kidd, aka T.J, on October 12, 1998. Likewise, the universe blessed the troubled couple with twin daughters, Miah Kidd and Jazelle Kidd, on September 26, 2001. The same year Jason pleaded guilty to a domestic abuse charge for assaulting her.

Unfortunately, the former couple parted ways after Joumana filed for divorce in January 2009, citing ‘extreme cruelty’ during their relationship. A month later, she filed a counterclaim for divorce, pledging the former NBA player broke her rib among numerous abuse instances. Well, Kidd’s former relationship ended with a sour note, but he must be maintaining a good relationship with them.

Likewise, being the youngest of six, Jason Kidd’s daughter, Cooper Anne, must be the most loved kids of them all.

Although Jason Kidd’s children from his first marriage have grown up, his babies with Porschla are growing up fast. Let’s hope to see more of them in the coming days.

The name Cooper has an English origin, which means Barrel Maker. Similarly, Anne means Gracious, Merciful, and is of Hebrew origin.