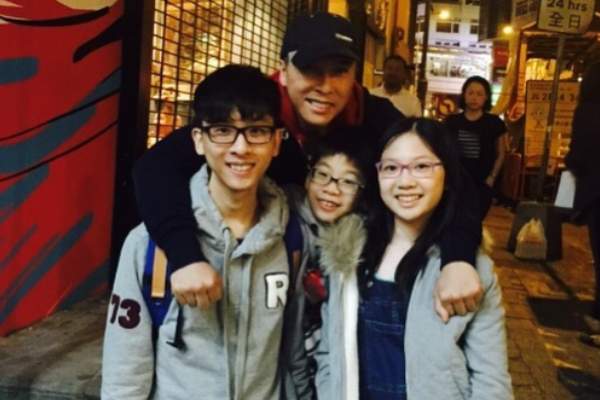 Born in 1963, Donnie Yen is an actor in Hong Kong. He is a martial artist who has worked as a producer and director in the film industry. He was born in Guangzhou, a Chinese province of Guangdong.

Donnie Yen has three children, one with his ex-wife, Leung Zing-Ci, and two more with his now-wife, Cissy Wang. In this article, we will discuss Donnie Yen’s son Man-Zeok Yen aka Jeff Yen, with his ex-wife. So, follow along and learn more about his baby boy.

Man-Zeok, born in April 1995, is the first son of Donnie Yen and Leung Zing-Ci. Man-Zeok Yen’s parents met in 1990 and tied the knot secretly after dating for three years. Unfortunately, his dad and mom divorced in less than a year, and it was only after their legal separation his mama found out she was pregnant with him.

When Donnie Yen’s ex-wife was pregnant, his mother flew to Hong Kong to look after her, and he was also by her side when she was in labor. Although they have already divorced, Zing Ci and Donnie remain in close contact with the latter, providing alimonies.

Man-Zeok doesn’t like to be in the limelight as much as his father and other siblings do. So he has kept his social media private and seems to be living a low-key life. He currently seems to be busy with his professional ventures.

Donnie Yen’s son received his High School Diploma from La Salle College and later joined The University of Hong Kong in 2013. There, he initially majored in International Business and Global Management and then in Urban Governance. Jeff, who graduated with Second Class Honours, also did a semester exchange program at Munich Business School, where he studied European Business.

Talking about his profession, Donnie Yen’s baby boy currently works as an Assistant Manager in Airline Retail department at HK Express. In his previous two stints at the company, he worked as a Graduate Trainee (2018-2020) and Product Development Specialist (2020-2022).

Prior to that, the Hong Kong University graduate did a summer internship at DBS Bank and a part-time job at Hudson Global. Talking about his love life, information about Man-Zeok Yen’s girlfriend, unfortunately, remains scarce.

Donnie, A Good Father Or Bad?

Hongkong action superstar is definitely not shy when it comes to sharing pictures and updates about his two kids, but on the other hand, updates about Donnie Yen’s son, Jeff, are far and in between. Online users once called Donnie a “heartless father” after the actor didn’t visit when Jeff was in the hospital for a lung operation nor showed up for Jeff’s graduation.

It was rumored that Man-Zeok Yen’s dad refused his ex-wife’s request to see him because he was busy with business. After accusations started again after Donnie was not present for Jeff’s graduation, his wife Cissy stated that he could not make it because of work. She further added that the baby boy told us not to worry because there was still a chance to take photos next time. In fact, the family already had a lively celebration in December 2018.

Overall, Donnie Yen’s son is doing well and lives a comfortable life. Despite the rumors, the father and son seem to have a good relationship. Finally, we wish Jeff a prosperous life and hope the best for the upcoming days.

The name Jeff, British origin for boys, is a short form for Jeffrey, which denotes ‘a pledge’ or ‘God’s peace.’ The name Man signifies handsome in the Chinese language.