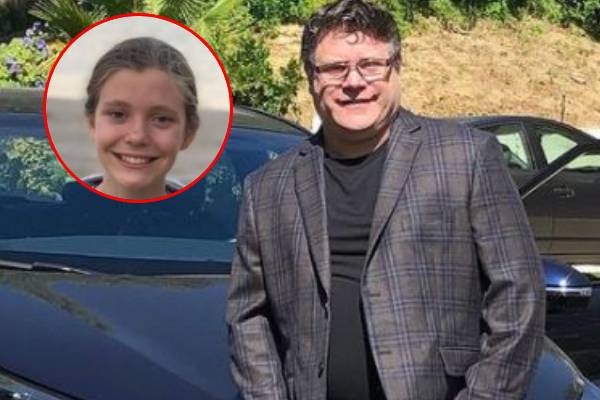 Sean Patrick Astin, also known as Sean Astin, is one of the most renowned actors in the Hollywood industry. The Lord of the Rings fans know him as Samwise Gamgee, aka Sam, supporting character of the film series, and sidekick of Frodo Baggins, which Elijah Wood portrayed. Similarly, Stranger Things fan recognizes him as Bob Newby. Nevertheless, Sean has gained fame from several other roles that he has acted in.

Talking about his personal life, Sean Astin has been married for over two decades now. With his wife, he shares three kids, who have all grown up, and are doing great in their lives. Many of his fans want to know about his kids and what they do.

Thus, in this article, we will be talking about Sean Astin’s daughter Isabella Louise Astin and more about her.

The Youngest One In The Astin Family

As mentioned earlier, the LOTR star Sean Astin has been married for 29 years to his wife, Christine Harrell. He first met her in 1990, and they dated for a year before tying the knot on July 11, 1992. Then, 13 years after their marriage, on July 22, 2005, Sean Astin’s daughter, Isabella Louise Astin, was born. She was a month premature.

While talking to People, Isabella’s dad recalled when her mother went into labor a month early. The actor added that he was afraid that he would have to deliver her in the car, but later they made it to the hospital. Similarly, when he released the first photo of Isabella, Sean said that he wanted to hold Isabelle up like The Lion King for his fans to see.

Being the youngest one in the family, Isabella Astin‘s parents and elder sisters surely pamper her a lot. She must be growing up having a great time with her family.

While both of her elder siblings have already completed their high school studies, Sean Astin’s baby girl, Isabella Louise Astin, is still in high school. She studies at Oaks Christian High School and is a student in the class of 2023. However, Isabella has not revealed her career plans regarding what she will study and which university she will go to.

Isabella’s eldest sister, Ali Astin, attended Harvard University in 2015 and graduated in 2019 with a Bachelor’s degree in Dance, Theatre, and Media. Furthermore, she is currently pursuing her master’s degree in Dramatic Arts at Harvard.

Nevertheless, let’s hope Isabella also gets accepted to some prestigious universities like her sisters and has a successful career.

Also Read: Know More About All Of Ian Holm’s Children

Her Family Is Involved In The Film Industry

Isabella Louise Astin grew up in a family where her sister and parents are involved in the entertainment industry. As mentioned earlier, Isabella’s dad, Sean, is a renowned actor of Hollywood who has acted in various movies and television series that have become a huge hit. He has won many awards and accolades for his works.

Similarly, Isabella’s mom, Christine, is a producer who has co-produced a short movie with her dad. In addition, she is also the CFO and Vice President of an entertainment company.

Isabella’s sister, Ali is also an actress. Her acting debut was on the film The Lord of the Rings: The Return of the King, where she played the role of Elanor Gamgee (Samwise Gamgee’s daughter).

After that, her sister appeared in other movies and series, including The Morning Show, Two Rings, Apocalypse Society, and many others. Seeing her parents and sister do well in the entertainment sector might influence Isabella to follow in their footsteps. So, who knows, she might pursue an acting career professionally.

Nevertheless, let’s hope Sean Astin’s daughter, Isabella has a great future ahead, and she becomes successful in whatever profession she chooses.

The name Isabella means God Is My Oath and has an Italian origin. Similarly, the name Louise has an English origin, and it means Famous Warrior.