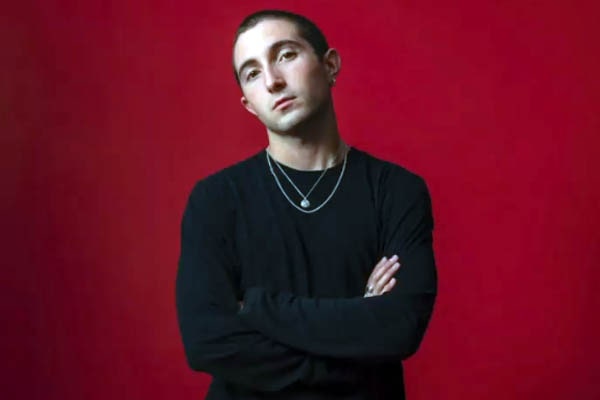 Levi Evans is the only son of U2's The Edge and his wife, Morleigh Steinberg. Image Source: Instagram/ Levi Evans.

The Edge, born David Howell Evans, is a well-known Irish musician, songwriter, and singer. He is best recognized for being the lead guitarist, keyboardist, and backing vocalist of the Irish rock band U2. Edge is the founding member of the U2 band with whom he has recorded one solo record and 14 studio albums to date. Besides, The Edge is also the co-founder of a charity ‘Music Rising,’ which he formed in 2005 with his friends Bob Ezrin and Henry Juszkiewicz. Also, the philanthropic musician, The Edge, is a board member of the Angiogenesis Foundation.

The honoree of the 2007 doctorate of music from Berklee College of Music, The Edge, is a family man. First, he married his college sweetheart, Aislinn O’Sullivan, whom he officially divorced in 1996. Then, he exchanged wedding vows with the famous American choreographer and dancer Morleigh Steinberg in 2002 and living a happily married life ever since. With Steinberg, The Edge has two kids, Sian Evans and Levi Evans. Here, get to know some more details on The Edge’s son, Levi Evans, who also shares his dad’s love for music.

Only Son Of U2’s The Edge

Levi Evans is the youngest child and the only son of the long-time husband-wife duo, The Edge and Morleigh Steinberg. Together, the couple gave birth to their son, Levi, on 25 October 1999, three years prior to their marriage. Aforementioned, he has an elder sister, Sian Evans, born in 1997. His sister is a leukemia survivor.

Besides his biological elder sister, Sian Evans, The Edge’s son, Levi Evans has three more half-sisters from his father’s side. His dad, The Edge, with his ex-wife Aislinn, welcomed his three daughters, Hollie Evans in 1984, Arran Evans in 1985, and Blue Angel Evans in 1989. Probably, Levi shares a great bonding with all three of his half-sisters. But, it is entirely away from the media reach as all of them, including their parents, are very secretive concerning their private life.

The youngest Evans, Levi, is available on Instagram. But, sadly, he never shares his personal information on it. It seems like Levi prefers to live a normal life far from the unnecessary media dramas being linked with his celebrity dad.

Enjoys Going For Nature Walk With His Dad

The privacy-loving son of the prominent music artist The Edge, Levi Evans enjoys going outings with his famous dad during his holidays. While talking to the Irish Times magazine, Levi’s father, The Edge, said that one of the first things he did together with his son after his birth was fishing. First, they hunted for crabs on the rocks and then did line fishing and eventually bigger stuff.

Levi Evans’ father, The Edge, learned fishing from his granddad, Garvin Evans. And, later after his birth, his dad passed the knowledge to him. To this day, the father-son duo, Levi and The Edge go fishing occasionally and love spending their quality time together.

Besides, The Edge’s son, Levi Evans, also loves doodling during his free time. He often shares his doodling videos on his Instagram.

An Emerging Irish Singer and Guitarist

The Edge’s son, Levi Evans, is following his father’s footsteps in the music industry. Though the younger Evans has not released any albums or has collaborated with any notorious artists to date, he often shares his singing videos on his social media handles. He has an awesome voice like his dad.

Besides, Levi Evans is also good at playing guitar and piano. He began taking guitar and piano lessons from his early childhood. Moreover, his dad, The Edge, always helped and guided him to play both guitar and piano. Currently, Levi plays both instruments very well, and it seems like soon he will also debut in the music industry. It looks like another The Edge is on the way.

The masculine given name Levi is of Hebrew origin. Its meaning is attached or joining.